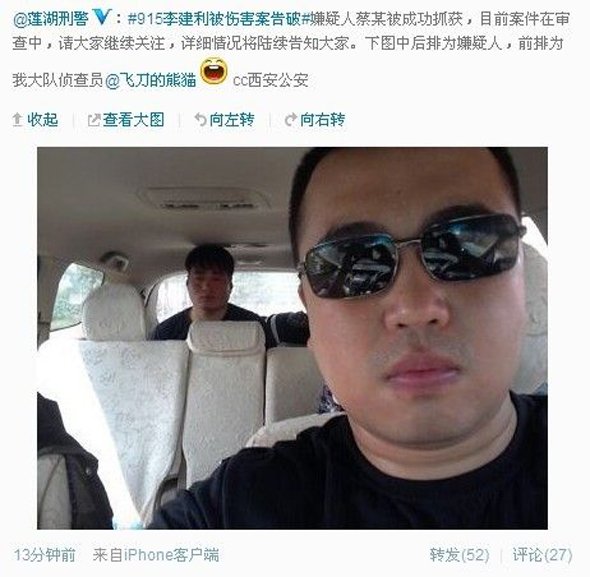 The man who brutally attacked and nearly killed a 51-year-old driver of a Toyota Corolla on September 15 amid Diaoyu Island protests has been arrested, as announced on Sina Weibo (above, via Business insider; CCed on that message is “Xi’an Police Department”). Shanghaiist relays:

Suspect Cai, looking as much the asshole as ever, should start his penitence by paying all of the victim’s hospital bills, of which there should be plenty. Let the public shaming commence.