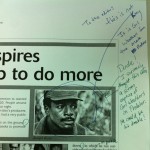 I work at a small newspaper that employs a staff of Chinese writers and editors who write and edit in English. They’re an earnest, hard-working bunch, and I admire them immensely for consistently putting together a publication in their second language. But sometimes, mistakes happen — which is why they employ myself and D, the... Read more » 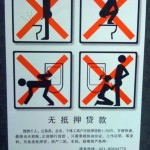 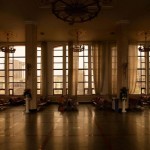 Via the Beijinger, the photographer duo Lucie & Simon has re-imagined a world in which (most) people do not exist — only their monuments (to hubris?) remain. The series, called “Silent world,” comprises 29 pictures taken in New York, Paris and Beijing. Ten of the images, in fact, are set here, and judging by the... Read more » 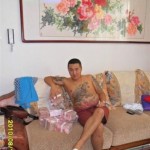 Wonder no more. Via Reddit (h/t E), here is a gallery of pictures (excerpted after the jump) supposedly from a “Chinese gangsters phone” [sic]. The images are timestamped August 2010, and according to Reddit’s eagle-eyed commenters, one of the cars has a Tianjin license plate. We don’t know anything else. The main character appears to... Read more » 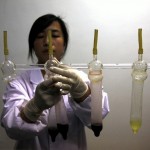 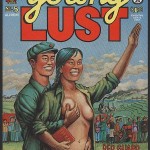 The Shanghaiist uncovered a bit of a gem earlier today, “Young Lust No. 5: ‘Red Guard Romance,’” by Bill Griffith (Zippy the Pinhead, anyone?) and Jay Kinney. A series of similar comics, mostly from the 1970s — created as satire of DC and Marvel’s “romance comics” – appears on Kinney’s website. The Red Guard Romance series was... Read more »