On thy cold gray stones, O Sea! The tender grace of a day that is dead is not at all what these bystanders on the banks of the Qiantang River were considering when ferocious waters and 30-meter-high waves caused in part by Typhoon Trami swept them off their feet.

The Qiantang River loops around Hangzhou, Zhejiang province. Trami is lashing southern China currently after leaving at least 18 dead in the Philippines.

On the bright side, it looks like chengguan and bystanders stood side by side and had a good time. At least 30 people were reportedly injured. 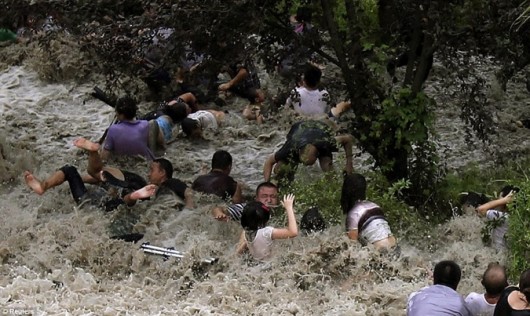 That ought to teach everyone a lesso… 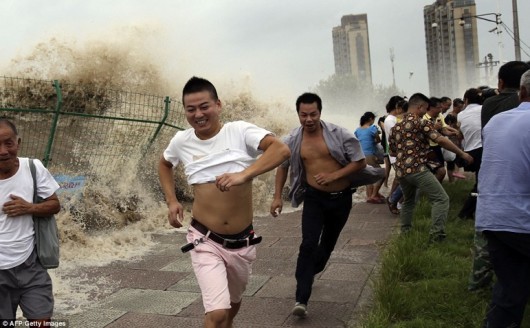 Huh. So much happiness. Never mind. Carry on, then.