Via the Beijinger, the photographer duo Lucie & Simon has re-imagined a world in which (most) people do not exist — only their monuments (to hubris?) remain. The series, called “Silent world,” comprises 29 pictures taken in New York, Paris and Beijing. Ten of the images, in fact, are set here, and judging by the location of many of them, we can reasonably guess that Lucie & Simon lived near Xizhimen in 2010.

A lot of these you’ve already seen in one form or another, such as the one of the man alone at the foot of a bridge, in a park. The pictures unfortunately all seem swathed in some unimaginative, life-sucking pastel Saran wrap, and curator Klaus Honnef’s introduction happens to be unreadable (also, I don’t get why the second word in the picture titles are never capitalized, even if it’s part of a proper noun, like “Radio city music hall”; what kind of artistic licence enables someone to do that?). But amid this visual anodyne, a few interesting concepts stand out, like a completely deserted Tiananmen and a woman walking toward the light of a Chaoyangmen underpass. After the jump, you’ll see all 10 Beijing pictures, including “Fugximen” (bad typo?). 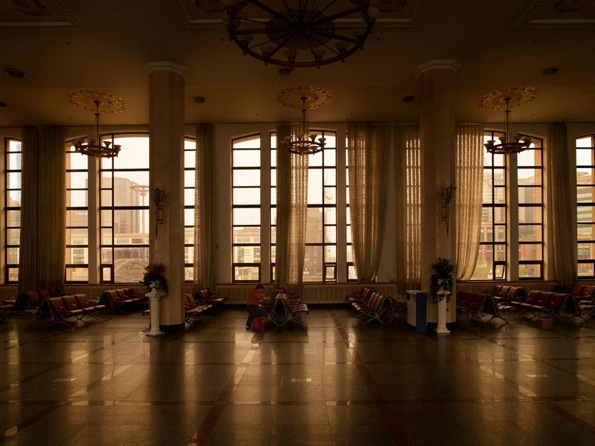 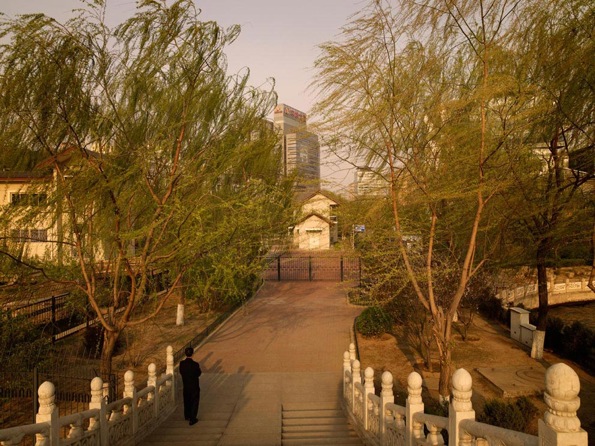 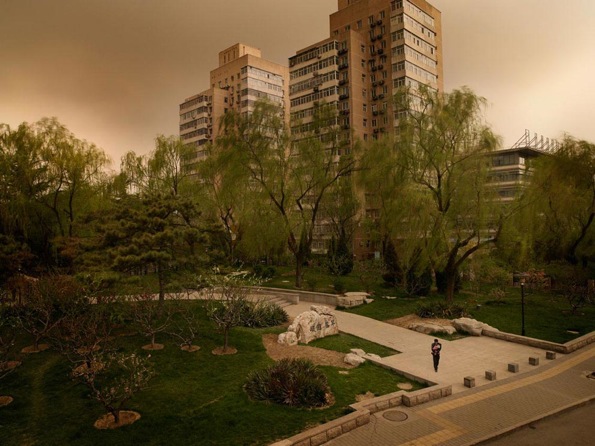 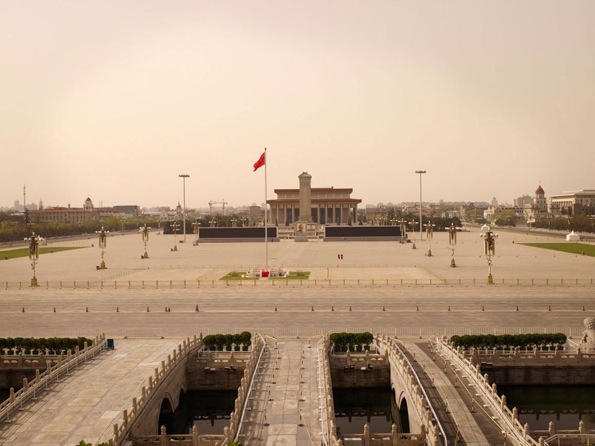 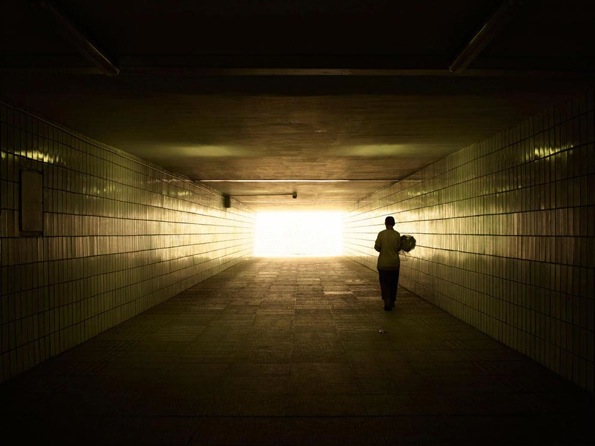 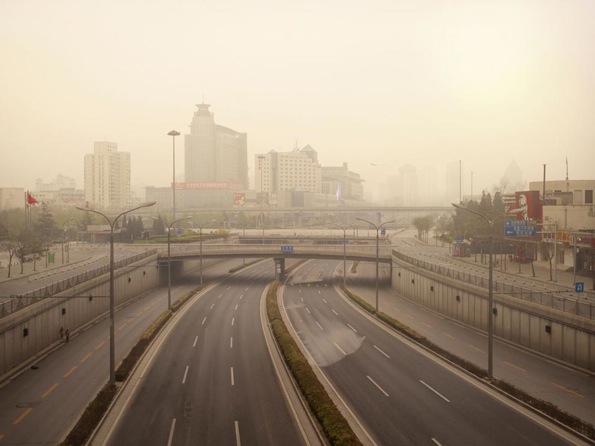 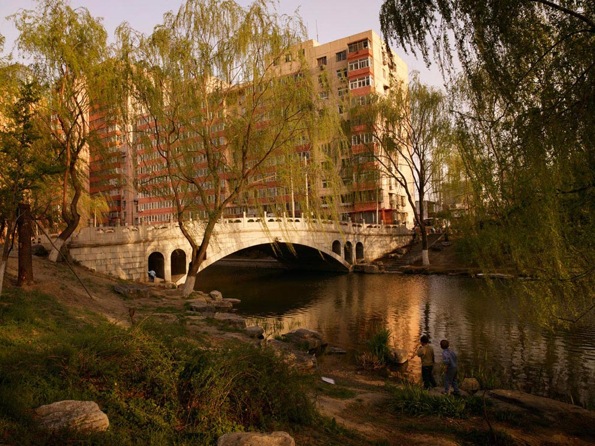 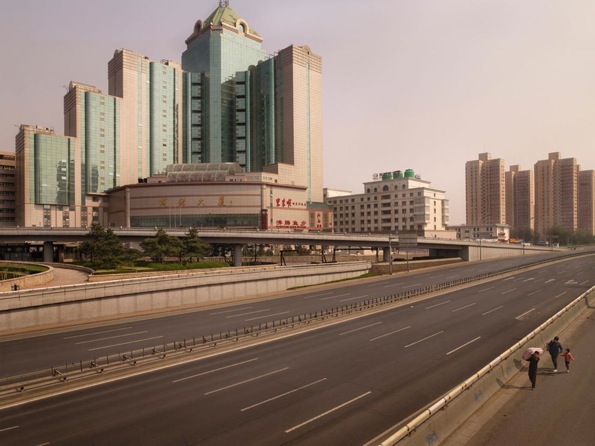 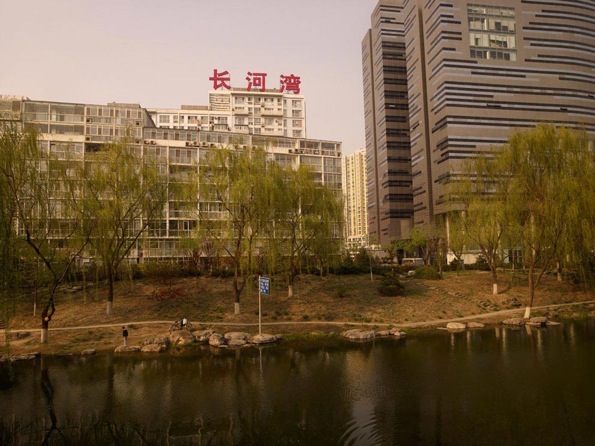 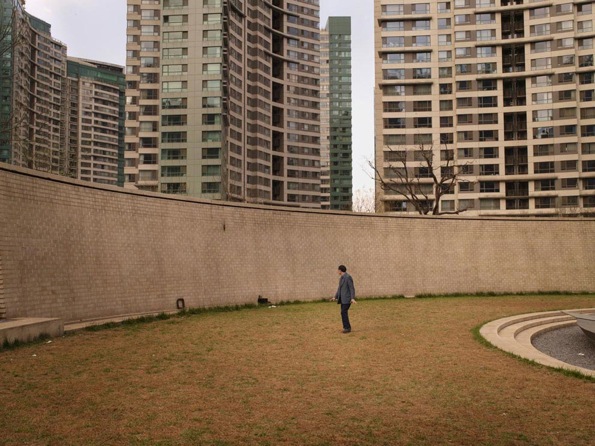