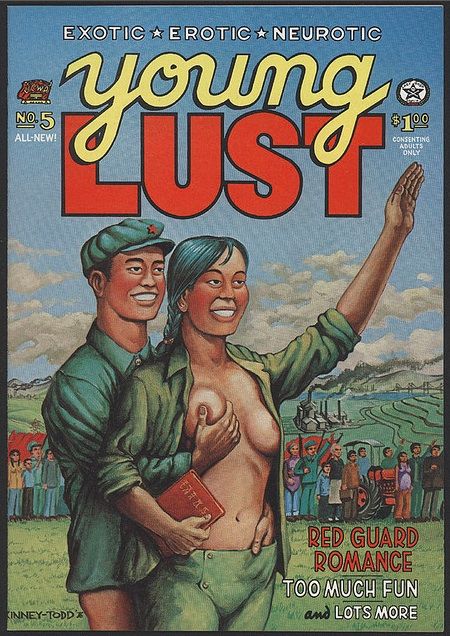 The Shanghaiist uncovered a bit of a gem earlier today, “Young Lust No. 5: ‘Red Guard Romance,’” by Bill Griffith (Zippy the Pinhead, anyone?) and Jay Kinney. A series of similar comics, mostly from the 1970s — created as satire of DC and Marvel’s “romance comics” – appears on Kinney’s website.

The Red Guard Romance series was only four pages, which appear after the jump. 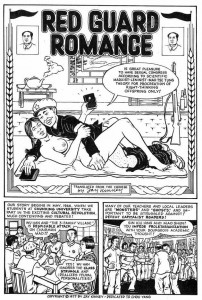 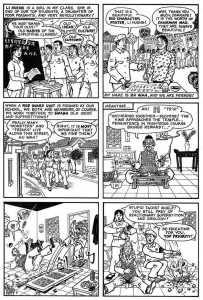 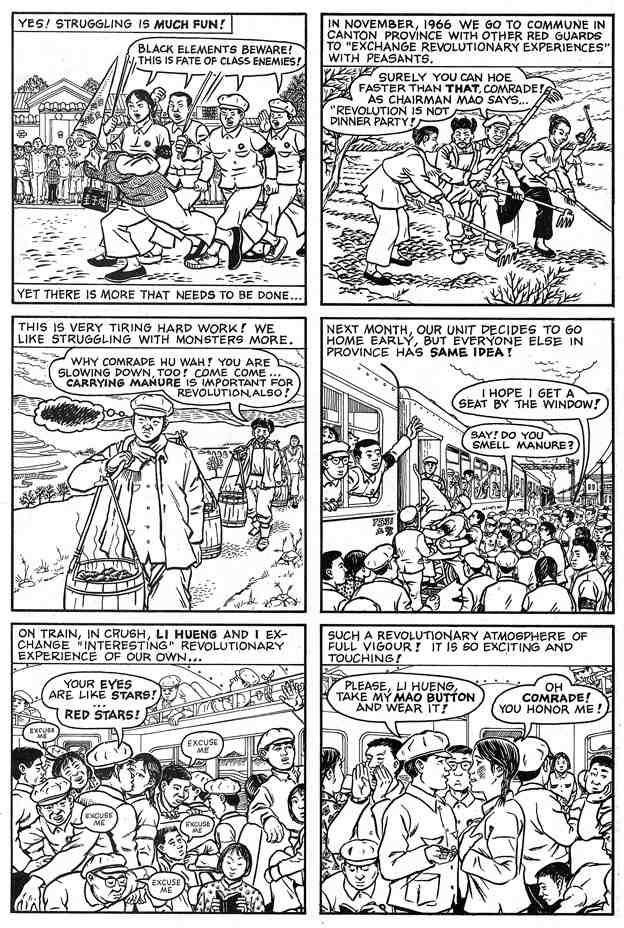 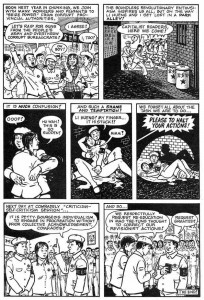 One Response to “Hey Look, A Red Guard Being Fondled While Saluting Mao (Not For Those Offended By Illustrations Of Boobs)”