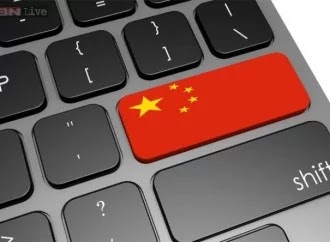 As some readers may be aware, new measures restricting foreign content online in China (or “Administrative Regulations for Online Publishing Services”) are dropping March 10 – today. Over at China Law Blog, Steve Dickinson has answers to most of the major players and questions, but we felt obliged to follow up with Steve on a couple of local matters – for, you know, local people.

BJC: How will the rules affect the “expat rags” – English-language listings magazines — usually published in legally grayish partnership with a Chinese firm that has a proper “kanhao” (publishing license)?

SD: Foreign ownership of a print publication (e.g., That’s Shanghai, That’s Beijing, Redstar, City Weekend, Time Out, etc.) is illegal. All these magazines are owned and published by Chinese nationals and are subject to the standard PRC censorship rules. That is why they are so boring.

I am not aware of any foreign-oriented magazines that are published by foreign nationals. If such magazines exist, they are illegal and the publisher is subject to serious criminal sanction. However, I don’t know a printer in China who would take the risk, so I doubt that any such magazines exist that have any serious circulation. [Ed’s note: I know a few do exist but with tiny circulations and usually in Tier-3 type cities]

SD: All such websites are illegal in China. However, China does not exercise extraterritorial jurisdiction. Instead, China has created the Great Firewall by which it selectively blocks the sites that it decides are objectionable, based on criteria no one really understands. All activities of such websites within China are illegal and participants in such activities (reporters) are subject to either being sanctioned, jailed, or deported. This happens for the foreign political websites that are written in the Chinese language. I have not heard of anyone getting sanctioned for writing for a general interest English-language foreign website. It does, however, remain a possibility. This vague threat of a visit from the government serves to chill the expression of opinion. It is cheap and effective and widely used in single-party Leninist dictatorships.

So there you have it. You’ll still be able to flick through City Weekend and Shanghaiist while waiting for feckless friends to arrive late… for the immediate future. But you never know. Thanks to Steve Dickinson of Harris Moure for the help. (Image via)