“He says you need to get the surgery now or you’re going to, like, you know, lose it. There’s a vein that, like, got twisted and your, you know, um, it’s dying. He says it will, like, die soon and that you’re lucky it hasn’t died already.”

- From our correspondent’s painful introduction to Beijing 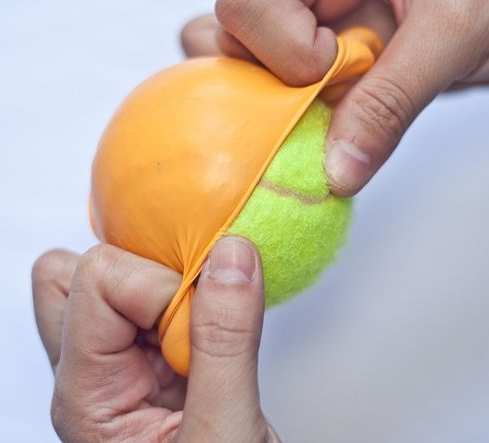 I knelt at the top of the hospital escalator, partly from exhaustion, mostly out of surrender. My moans and cries recalled childhood Halloween nights spent puking up entire plastic jack-o-lanterns of candy. My tears blurred reality. Loud, distracted, exotic shapes and figures brushed past me, unimpressed by my misery, misery unlike any I’d felt before.

This wasn’t how I imagined my first week in China would go.

Five hours earlier I had woken up at 3 am to discover my right testicle swollen to softball size. I banged the wall and demanded ice, as if massaging ice cubes over my ball would cure everything. Tiffany, my hotel neighbor and co-worker, heard the howls and rushed over. I motioned toward my privates then shouted some variation of “Jesus fucking Christ, get some fucking ice NOW.” She returned five minutes later ice-less. My company’s welcome package failed to notify me that ice doesn’t exist in China.

Around a half-hour later I acknowledged my problem wasn’t going to shrink any time soon. We limped down countless hotel stairs, each step more painful than the last, until cool Beijing autumn air smacked us in the face. An ambulance blared its furious siren while early-birds set up their baozi stands. The EMTs lifted us aboard as I continued to mouth off about the hotel’s ice shortage. My left hand gripped Tiffany’s and my right hand held my tender ball as we whipped around congested hutongs. An eternity later some giggling nurses carted me into a Guomao-subway-station-crowded emergency room. Stretcher-bound patients decorated the otherwise colorless walls, family members wrestling for space to treat their sick.

Tiffany, a Chinese-Canadian, assumed translation duties. Her basic Chinese combined with my incessant whimpers somehow communicated the symptoms to the non-English-speaking hospital staff. The hospital required us to go through various checkpoints before seeing an actual doctor, each one followed by unbearable twenty-minute detours to the cashier’s counter.

With King Minos’s labyrinth complete, real assistance found us, albeit assistance without any privacy. Tiffany, along with a doctor and some complete strangers, watched me pull down my pants to reveal a monster, now triple its partner-in-crime’s size. I met Tiffany two months prior to this and had fantasized about dropping my pants in front of her under much different circumstances. However, as I laid sprawled out on a makeshift hospital bed with an old Chinese dude cupping my nut, I eliminated any outside chances of us ever hooking up.

I tried to interpret Tiffany and the doctor’s conversation but ran against an impossible language barrier. I waved my arms, screamed, clutched my head, and cursed — anything to make them recognize my agony. Tiffany, better known for her giggly, immature, and oftentimes bizarre personality, kept a straight face as she translated the doctor’s spot-check diagnosis while I yanked up my pants.

“He says you need to get the surgery now or you’re going to, like, you know, lose it. There’s a vein that, like, got twisted and your, you know, um, it’s dying. He says it will, like, die soon and that you’re lucky it hasn’t died already.”

An X-ray or three later confirmed the initial prognosis – to forgo surgery would doom my ball to a saggy, shrunken, deflated, prune-like existence. The surgery cost had a couple more zeroes than my bank account did, my live savings already depleted from the earlier check-ups. At a loss and with my back to the wall, I wandered through the hospital alone until pure fatigue brought me to my knees. Tiffany found me amongst the crowd at the top of the escalator, knelt down beside me, patted my shoulder, and lowered her head.

Then, at our lowest point, two angels descended to our hell on earth. Lisi’s reinforcements had arrived. They delivered us to the hospital’s spotless international building. Gefeng, the talkative angel, informed us that a friend of a friend’s uncle happened to be the hospital’s manager and could accelerate the process.

A while later, Lisi arrived and all but ordered Gefeng, her boyfriend at the time, to pay my surgery bill. I wonder if he would’ve paid had he known Lisi and I had met in Thailand the summer before and fallen in love. Of course, I still had a huge crush on her, and had come to China for her. The five of us moved into my cushy private room (equipped with flat-screen TVs, personal bathroom, and office) to discuss the surgery with the doctors. At this point the immeasurable pain I experienced earlier had faded a bit. The doctors claimed this could be attributed to my ball’s near demise. Time was ticking. Just before heading into surgery, the doctors informed me that my friend had a 50/50 chance of being saved. They then presented two options in the event my worst fear came true. Option one: keep it, although it would technically be dead. As time passed it would shrivel away, but at least I’d still have a pair. Option two: cut it and live out my remaining years as a uni-baller. My friends stared at me, waiting for a decision between shitty outcome number one and shitty outcome number two. My fingers formed scissors, the universal testicular amputation sign.

The nurses pushed me into the hallway, now moments away from knowing my ball’s fate. My eyes turned to my comrades, the necessary farewell speech ready to be released. Accustomed to the wallflower role in social situations, I despised being the center of attention. I cried, not from pain but from the unbelievable kindness these four people had shown me. Never one for words, I just smiled, stared up at the ceiling, and mumbled that I’d be OK and not to worry. Then the nurses rolled me away.

The surgery room’s malevolent lighting, icy cold temperature, and sprawling steel blankness duplicated a horror film torture chamber. Metal tools passed hands, fingers playing with my arm hair. Jokes lost in translation, lost in my desire to be anywhere else. Nurses chuckled through hygiene masks, the smell of rubber gloves and iodine now swimming through my nostrils. Cold hands organized my body into the pregnant-lady-in-labor position. As the anesthesiologist stabbed one epidural after another into my spine, I contemplated the tattoo inscribed inside my left bicep: “so it goes.” When I discovered Vonnegut in college I decided this three-word phrase encapsulated any life philosophy I may or may not have.

Life is wild. In less than 24 hours you can go from singing along with Frank Ocean’s “Thinking about you,” smiling ear-to-ear because the girl of your dreams agreed to accompany you to the Great Wall, all the way to being strapped to a hospital bed as strange Chinese guys saw your testicle in half.

I woke up hazy. A school of eyeballs stared down at me.

One surgeon flashed a smile. “I think you very happy.”

Bryce is a lifelong Washington Wizards fan living in Beijing.