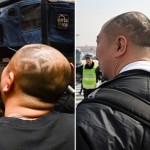 Thought the Oscars and the 12th National People’s Congress had nothing in common? Think again. This week, as movie stars were making fashion headlines at the biggest film event in the world, a Japanese reporter at the NPC drew attention for his NPC-themed hairstyle. For five years in a row, this reporter has arrived at the NPC with new -- and relevant -- designs etched into his hair. 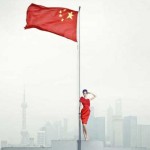 It's the political season in China, with the dual National People's Congress (NPC) and Chinese People's Political Consultative Conference (CPPCC) swinging into annual two-week sessions. The period is normally a huge gift-giving event and a tremendous boon to the luxury goods industry. Businesspeople hoping to curry favor with officials shower them with preposterous presents, from overpriced cigarettes to "Gucci handbags, Hermès scarves, Montblanc pens and $30,000 diamond-studded Swiss watches" so ostentatious they would make Kim Kardashian blush, as New York Times reported a few years back. 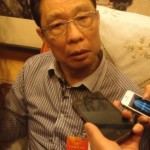 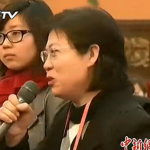 The environment is everyone's concern, because we all live under the same sky -- in Beijing, often a dark, dirty one, rife with health hazards. It's our collective duty to take care of it, but what can anyone -- an individual, particularly one with power -- do to spur a collective response against man-made threats to our natural world? What would they do? 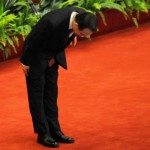 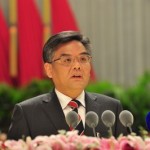 The Xinhua News Agency is reporting that sources say Hangzhou mayor Shao Zhanwei, a deputy at the 12th National Party Congress, died of a “sudden illness” in Beijing this morning. All other details are sparse, but another report identifies the sudden illness as a heart attack. It was just yesterday that Shao spoke about Wen... Read more » 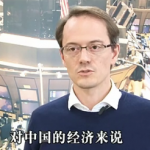 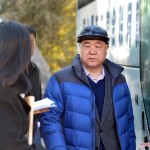 Hey look, a Mo Yan sighting. It looks like the floodgates have opened as far as interviews, too. It wasn’t long ago that his first interview since winning the Nobel Prize in Literature was published by Der Spiegel.