Three Shots With Beijing Cream is a weekly series in which local personalities are interviewed over shots. New episodes are posted every Sunday; if you would like to nominate a future guest, please get in touch. Produced and directed by Gabriel Clermont and Anthony Tao.

We caught wind of Morgan Short’s imminent arrival to Beijing last summer, with our informant adding without equivocation that Smart Shanghai, of which Morgan is the chief editor, was the best expat website of its kind. Specializing in longform pieces, witty commentary and incisive reviews, the Smart franchise has indeed planted itself in our fair city, with Morgan doing double duty and editing both the Shanghai and Beijing versions. He also DJs at Temple Bar on Thursdays, among other establishments, and writes a fantastic Friday Night Musical Outro column. For bizarre and hilarious reasons, he’s been compared to this man.

Three Shots With Morgan Short was filmed at Temple Bar (206 Gulou Dong Dajie, Building B, No. 202), owned by Gao Xu and managed by Clement Berger (formerly of Salud). Go for their coffee shot, or any of the other 100 or so on the list. And the live music every week, of course. Happy hour every day (except Monday, when it’s closed) from 7 to 10 pm. 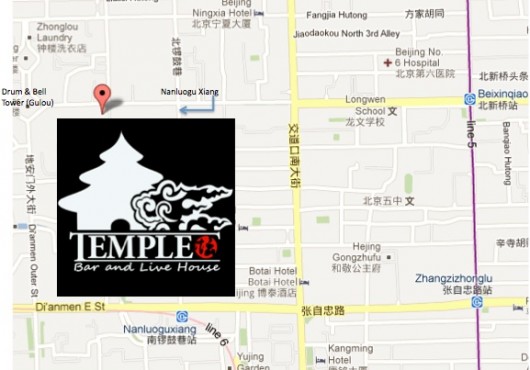 Edited by Gabriel Clermont (@gabrieltrane). Additional photography by Stone Yu. Special thanks to The Good Doctor and Grace. Morgan doesn’t tweet, but you might as well follow @smartbeijing.