Up a rickety staircase, above a neglected sex shop, there they were: some of the laziest and most disinterested barkeeps in Beijing. But now they’ve disappeared, along with the rest of 3 Rock, a hole of a rock bar that encapsulated the punk spirit of Sanlitun’s “dirty bar street” – something best loved when it’s long gone. 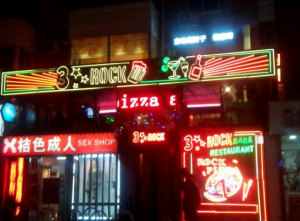 There was a restaurant? (Pic via Thats)

A swathe of this street that included 3 Rock was demolished last week and, while some mourned, others cheered the ongoing erosion of what grassroots Beijing nightlife. There’s nothing wrong with whisky bars, brewpubs and cocktail lounges, unless you count homogeneity and banal exclusivity. But as Tolstoy said, all whisky bars are alike; each dive bar is divey in its own way.

Beijing is already deep down its path to progress, where no night out is not the same. The orders still go out to “sweep the streets,” yet there’s nowhere left to crack the whip. While cops used to roll up at roadhouse dens like Dos Kolegas, these days they’re reduced to raiding modest French bistros like Café de la Poste, or drug-testing patrons at family pub Great Leap on a Monday afternoon.

Meanwhile, among such sites never again to be witnessed at 3 Rock – a Scotsman being served at the bar with his pants around his ankles; half-naked arm wrestling; a drinking game involving a pint of “everything”; two rock chicks playing strip dice; and one of the foulest unisex bathrooms in Beijing. 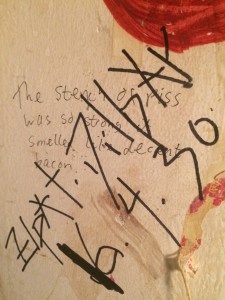 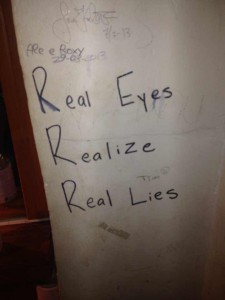 7 Responses to “Rock Off: Briefly memorializing Sanlitun’s best and only punk-rock dive bar”