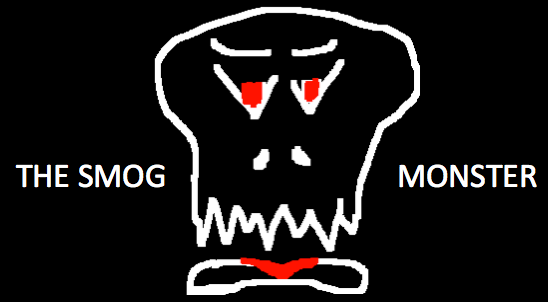 No one loves a polluted Beijing quite like foreign editors. The first time the smog swept through, two and a half weeks ago, lots of overseas publications were caught off guard and slept on the story, which is why we saw articles about China’s “Airpocalypse” up to five days after the skies had cleared up.

Determined to never miss an easy story again, however, foreign editors are all over this week’s pollution like roaches on guano. Here’s a very compendious list of non-wire stories about Beijing’s air — weather stories, basically:

Once again, with feeling: “Once again, air pollution in Beijing is literally off the charts.” (Newser)

Just a gallery. Words are for the birds. (Getty via Global News)

Here’s a video. Warning: it autoplays. Maybe you shouldn’t click. (The Age)

Again, these are only the non-wire stories, and AP, Reuters, AFP all have write-ups that have been picked up by ABC, CBS, Fox, NBC, Guardian, Telegraph, etc. Huffington Post will surely provide their “take” three days later.

We do appreciate that some stories have attempted to push the conversation. For example:

Profit from pollution! (The Daily Reckoning)

The possibility of a clear air act for China. (Green blog, NY Times)

More pieces like these can go a long way toward advancing the conversation. China — and Beijing specifically — is polluted for a number of reasons, including population (especially this reason; want to guess China’s emissions per capita?), economic growth, lack of arable land, geography, etc. Surely you popular media folk can help steer the discussion beyond API readings? And yet, your contribution to public discourse is shock-and-awe pieces, one-liners (“pollution that can be seen from space!”), furrowed eyebrows on television reporters who wipe soot off car windows… The Daily Show’s around for that. At the very least, you can stop acting like this is the first time smog has settled over a Chinese city, or will be the last.

13 Responses to “China Is Polluted. We Get It Already”