For the first time ever, New York City set off fireworks to commemorate Chinese New Year. It happened over the Hudson and was synchronized and jubilant. At one moment it looked like skyscrapers were melting out of the night. Colorful. Impressive. Yet it was still mere facsimile for the real thing. You see, for my money, the most noteworthy — if not outright best – New Year’s celebration happens in Beijing.

It was picturesque again this year, but for none of the reasons above. The explosions were over concrete (except at Houhai, where there was frozen water), scattered and chaotic, and emotionally vacant, all bluster and fury like a child who shrieks because he can’t articulate emotions. Then again, Chinese New Year’s fireworks are for beating back evil, not impressing tourists. They are expressions — extensions? — of spirit, if it’s not too much to say so, celebrations of survival that are neither sanctioned by the soft-culture impresarios who drum up corporate concert celebrations nor, really, encouraged (after all, a significant piece of state property went up in flames amidst fireworks only six years ago). In a country divided along so many lines — generational, wealth, gender, household registration, political, cultural, ethnic — it’s only on Chinese New Year’s Eve that people seem truly united, and even then, only accidentally and incidentally.

Long strings of firecrackers, red and green rockets, shot tubes that brighten the sky, plain explosives — who are the people who light the fuses, who then, comically, scurry for safety? I notice it’s mostly the middle-aged, though a young child is often present, sometimes holding a sparkler or variations of the roman candle. Sometimes there is a small crowd that watches from a remove. Most of the time it’s security guards — young — or policemen who have the misfortune of drawing the New Year’s Eve nightshift, forced to watch over a city suddenly folded inward, its shutters closed like the outer gates of an ancient family courtyard.

During no other time, living on the ground here, do I feel like zooming out to become an all-seeing observer, impartial. Yet simultaneously, paradoxically and impossibly, at no other time do I ache to be a participant, to be not everywhere but more fully in one specific place, the one I’m occupying. It’s not so much the pyrotechnics — I have no particular nostalgia for them — as the space between the bursts: the small silences when you’re allowed to consider where, on a night like this, evil might hide. From where in the deep recesses of yourself will it eventually emerge?

Screenshots from the above video I put together: 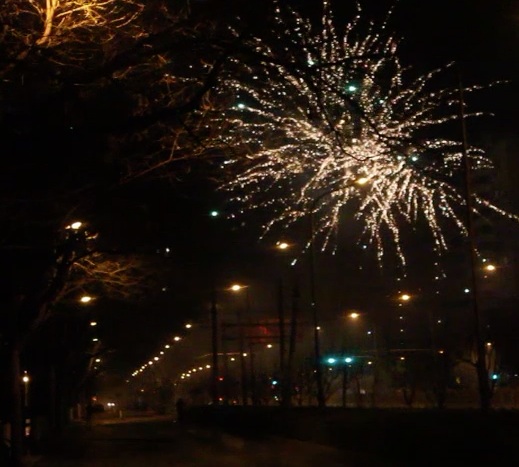 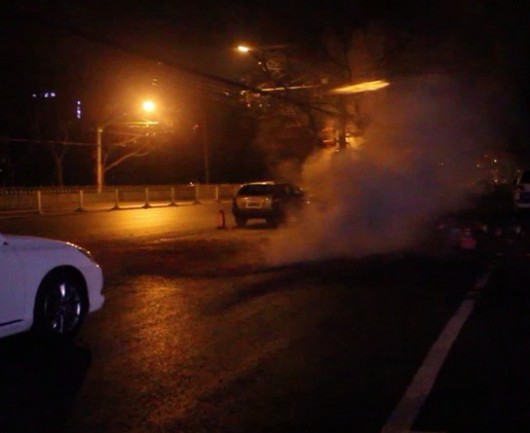 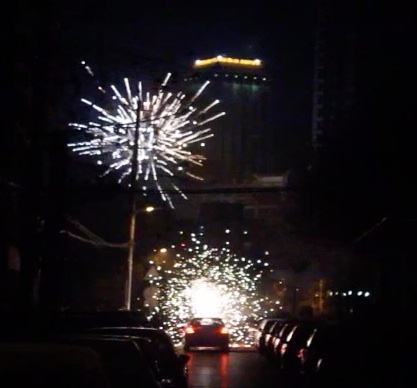 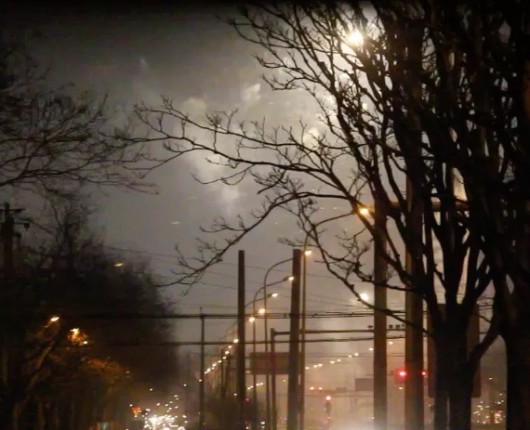 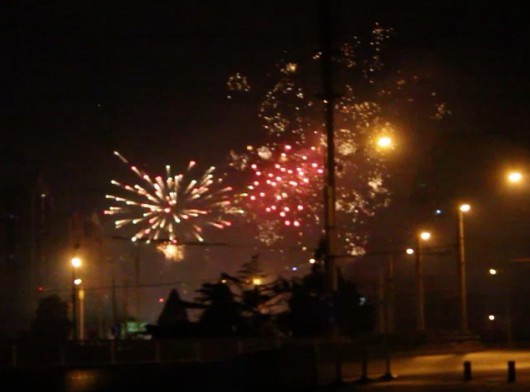 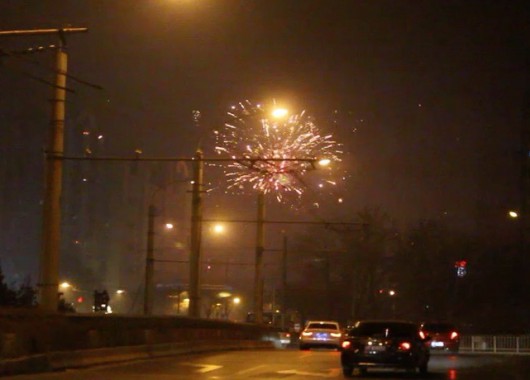 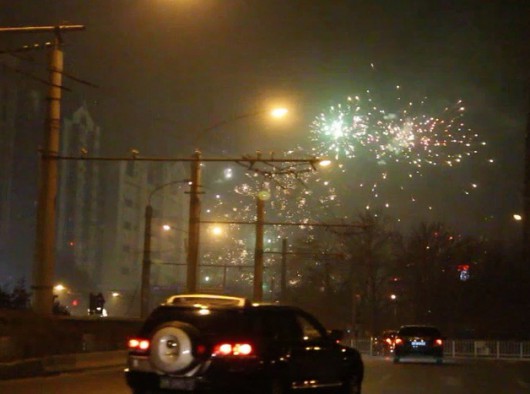 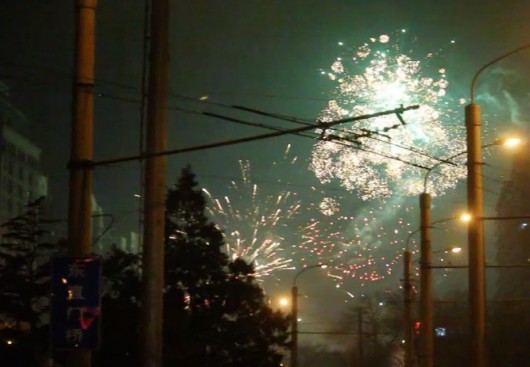 2 Responses to “Fireworks Usher In Lunar New Year In Beijing”