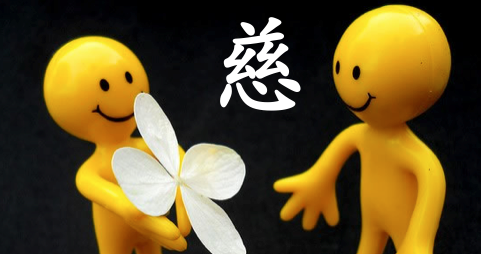 Here we are daily witnesses, viral voyeurs and readers to how cheap, meaningless and callous life can often be. Drivers willfully plowing over pedestrians, sometimes two or three times to ensure the dirty work is done; infants and children abandoned or even worse; beggars, protestors, petitioners and migrant workers treated like so much offal; and nasty foreigners own evil deeds — added up, it’s all far too easy to just numb oneself with the “this is China” mindset.

In contrast, I’d like to present a very small personal vignette about how merciful and kind China can be, and I’m not talking about a kind-hearted hooker waiving her fee because one was too drunk to fuck.

Tuesday morning, October 16, I was walking to work, normally a 10-minute casual jaunt to a large state-owned media group in extreme west Beijing, where I’m one of a hundred or more foreign “experts” employed to polish and/or present PR for the PRC. After walking only about five minutes, my nearly 60-year-old body suddenly betrayed me.

Classic heart attack pains up the left side of my chest, profuse sweating and then all control lost as I collapsed halfway into the wet street, limbs flopping like a speared flounder.

Still conscious and acutely embarrassed, I tried to right myself as if nothing was wrong when about four or five Chinese pedestrians, also apparently on their ways to work, immediately gathered around me and began taking charge.

My Chinese language skills are less than minimal, but I managed to show them my danwei ID, and through one kind man’s sketchy English skills said I was “okay,” though it was clear I wasn’t. He offered me two small bb-sized herbal pills from a tiny green ceramic bottle and someone else called the police for aid.

I live and work in a PLA military zone, and it’s the first time I’ve been grateful for that. Within five minutes a cop car arrived and I was gently hoisted into it and driven straight to where I work, then lifted on a makeshift stretcher into the first floor auditorium stage to lie down until an ambulance arrived while puzzled coworkers starting their shifts gawped and/or murmured gentle sounds of encouragement.

My employer’s HR staff and a couple others in my department rode with me to a nearby hospital where, despite my lack of proper ID, paperwork, etc., they were able to get me tested, treated and reassured to the point that one woman offered to hold my hand – my god, the offer of the human touch, simply magical at that moment — while another ran out and bought a phone card to reactivate my bankrupt cell phone so I could notify friends who might be able to help if needed.

Between EKGs, blood and other tests (which ultimately never pinpointed what caused my meltdown) I gasped out my gratitude to them and the anonymous, kind passersby who’d kick-started the aid chain. I’m a firm atheist, but like some grocked-out human Hallmark card or clichéd country singer, I found myself declaring “God bless China,” to which several replied in unison, “God bless America.”

God (or something like him, her or it) bless us all. Failing that, I’m just happy to report that the Lei Feng spirit is alive and well and so am I. Thank you, China.

5 Responses to “Vignette Of A Compassionate China: Our Writer, In Distress, Finds Help At Every Turn”