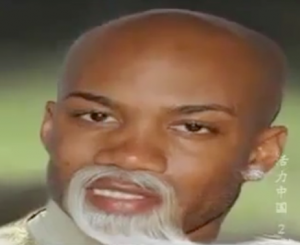 Via CCTV special about Marbury I’m sure we all remember the post-game fracas in Taiyuan, Shanxi after Sunday’s game, so we’ll jump straight to Stephon Marbury in his own words in his weekly China Daily column: I couldn’t believe this. Yes, I had experienced opposing fans throwing stuff at us before while on their home... Read more » Read more » 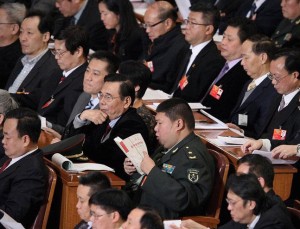 Wall Street Journal’s recent blog post about Mao Xinyu, the grandson of Mao Zedong, coupled with the above Caixin picture of Mao from a CPPCC session has given us ample opportunity to revisit an article in Global Times a year and a half ago upon Mao’s promotion to the rank of major general. Wrote a sly copyeditor... Read more » Read more »

“Highlights” from the 2012 Chinese People’s Political Consultative Conference are after the jump. I just want you to know I nearly lost an eyeball to my own prying fingers while compiling this. Unless otherwise noted, links (plus above picture) are via Global Times. Read more » 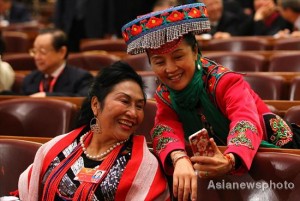 H/T Alicia Seeing as how much we hate censorship, we should probably commemorate Reporters Without Borders’ World Day Against Cyber-Censorship. Every March 12 (I realize it’s March 13 in China, but America is 12 to 15 hours behind [excluding Hawaii, obviously], so give me a break) is dedicated to the “support of a single Internet without... Read more » Read more » 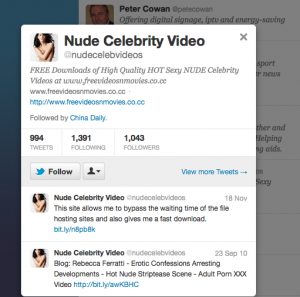 At the 53-second mark in the above video, the Shanxi fan who accuses Stephon Marbury of punching him in the head and then kicking him after Sunday night's game tells the journalist: Because there were too many (Shanxi) fans, too crowded, when Marbury came out, the fans were careless so they squeezed around him. He (Marbury) had a water bottle in his hand and hit me square in the head, knocked me to the ground and kicked me in the face. Read more »

Tudou video for those in China after the jump. UPDATE: Video of accuser and Marbury’s response: “He got a wild imagination.” First, let me say as plainly and firmly as possible that the end of last night’s Beijing-Shanxi game was a joke. I’ll repeat here what I tweeted last night in apoplexy: the referees were intimidated by Shanxi’s fans and gave... Read more » Read more » 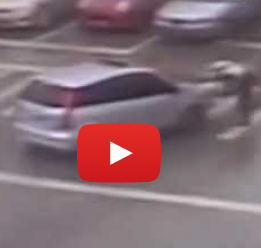 Because, you know, he can really easily give you a ticket, dock some driver's points, as it were. I'd like to have seen this driver talk his way out of this one. "Sorry, officer -- you were standing in the middle of the road." I mean, he was. Read more » 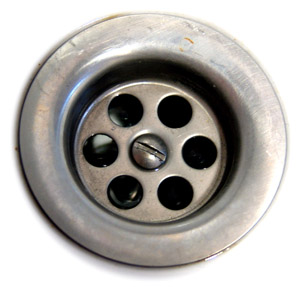 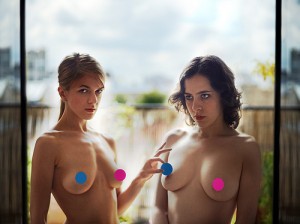 Via The Green Pea Boat “I like to help my students as much as I can.” Sitting at his dining room table at 10 pm while nibbling on expensive imported dried apricots, the Chinese art professor uttered this while texting recommendations on behalf of his graduating students to collectors and other well-moneyed contacts. “I’m sorry... Read more » Read more »
Sometimes life gets in the way of blogging. Thanks for bearing with us. Read more » 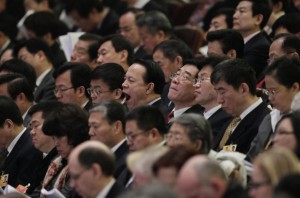 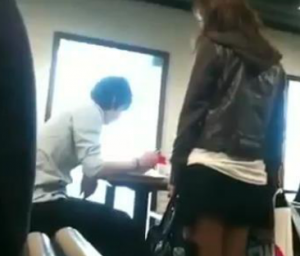 So the one on the left, standing, says, "Slap those mainland bitches who come to Hong Kong to give birth! And I don't mean with fines..." The one on the right, sitting, goes, "We can't be like them -- now we're arresting birthing agents. What is this, China?" And the first one's like, "I'm talking about mothers," to which the other responds, "You calling me fat?," prompting, "You're way too ugly to be a mother," and finally, "Well you're a locust!" And then the one on the left throws some liquid at the one at the right... Read more »

The video after the jump depicts a Stephon Marbury unlike any you’ve seen. At 35 — currently winding down his third and best season in the Chinese Basketball Association (he just scored 52 and 53 points in consecutive games in the CBA semifinals, against his former team, the Shanxi Zhongyu Brave Dragons, no less) — he’s... Read more » Read more »

Via Offbeat China, we learned earlier today of Sina Weibo’s hottest newcomer, “North Korea Today” (@今日朝鲜), which joined on March 7 and already has 85,691 followers as of this moment (I was No. 84,403, I think). Its profile reads something to the effect of, “Full access to North Korean news. Anyone who dares besmirch North... Read more » Read more » 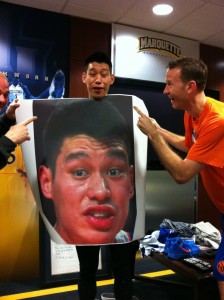