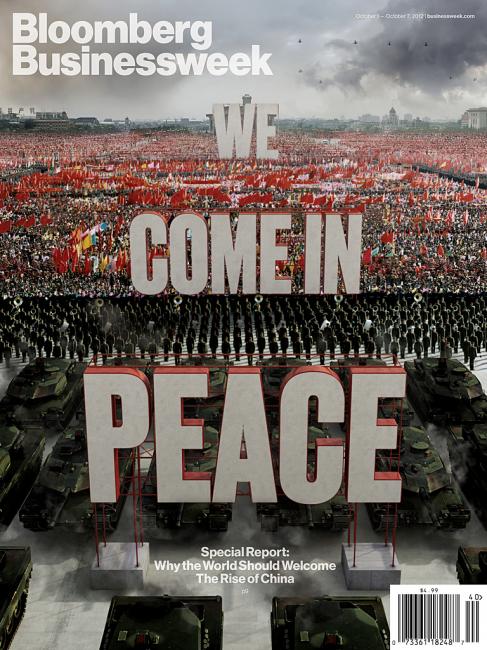 Xinhua’s evening announcement has pushed back our blogging schedule, so this post will be your Outro into the weekend. If you must have music, hum music to these links.

Diaoyu Islands/World of Warcraft parody. “Yesterday, Horde Warchief Garrosh Hellscream successfully occupied Theramore Isle and its surrounding islets, thereby completing the ‘Hordification’ of the archipelago, and setting off waves of protest in the Alliance capital of Stormwind. Yason Bloodbreaker, a dwarven political specialist warned, ‘this senseless act will bring Horde-Alliance relations to their lowest point since the conflicts experienced during the Burning Crusade’, and that this will likely destroy the ‘delicate framework for cooperation’ that had been established.” [Xiyo Media (trans.)]

Not an open and shut case, eh? “In a long blog post published last night, Wang Xuemei, one of China’s top forensic doctors with the Supreme People’s Procuratorate, thoroughly dismisses the official cause of Neil Heywood’s death late last year. // …Wang starts by expressing ‘deep regret’ over nearly every stage in Heywood’s murder trial, from the investigation to the charges brought against Gu Kailai and Zhang Xiaojun as well as their ultimate guilty verdict, including the evidence relied upon to build the case against them. // ‘A serious lack of evidence exists,’ Wang writes, ‘to conclude that Neil Heywood died of cyanide poisoning, as well as any supporting scientific basis.’” [John Kennedy (trans.), SCMP]

Millions in China use Facebook, Twitter and Google+, eh? “GlobalWebIndex published a new report on Internet usage around the world this week, and it contained some great news for China. Twitter, Facebook and Google+ have increased their user numbers dramatically in China, as seen below. There’s just one problem. They are all blocked in China, and we believe that GlobalWebIndex has got it’s data wrong.” [Great Fire]

With all the relevant disclaimers because of the source (though it vets). “A man in Chongqing ran over a female motorcyclist in his sedan recently, and then proceeded to slap her while boasting about his wealth, according to an account of the incident online and in interviews with witnesses. // An angry crowd gathered and flipped over his car.” [Epoch Times]

Little emperor strikes again. “A college student in east China has been thrust into the media spotlight after she sent her dirty clothes home to be washed. // Her 74-year-old grandmother in the northeastern city of Dalian was asked to return the clothes once they’d been washed, according to a local newspaper.” [Shanghai Daily]

Censorship again. “‘No film is safe, no film investment is safe, no director’s creation is safe [under China's film censorship framework],’ said director Lou Ye (@导演娄烨) in a recent interview with Sina… // On September 25, Lou reported that SARFT and the filmmakers had reached a compromise on the murder scene, allowing the film to be released on time. However, Lou also announced a highly defiant gesture: He would remove his name as the director of the film in the public release version. // Lou’s exposure of the inner workings of China’s film censorship process and bold gesture attracted support from other filmmakers, artists, and average netizens in China.” [Tea Leaf Nation]

That’s quite the interesting picture choice, City Lady. “The front of the City Lady (都市女报), a national newspaper focused on women’s issues, today makes the startling claim that most Chinese women don’t really know how to use contraception. Based on what it describes as the findings of a new investigation (the details of which are sadly lacking), the 1.3 million annual abortions in China could be substantially reduced if women had better knowledge of contraceptives and used them consistently.  Just underneath this headline, the City Lady has placed a provocative picture of a beauty contest for buttocks that was held in Brazil recently – and there they are all in a row for your watching pleasure.” [Danwei] 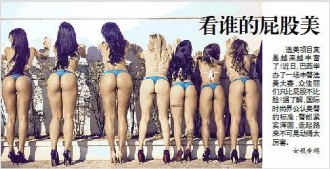 Storing a dead boy in the freezer. “In 2006, the son of Chongqing City Kai County Fengle Street HUangling Village resident Tian Xueming passed away from leukemia. Tian Xueming stored his son’s body in the freezer, and 6 years have passed. Every time he misses [his son], Tian Xueming and his wife will quietly go, with their arms around each other, stand beside the freezer, look blankly for a moment, and then leave. Tian Xueming says his son ‘in the freezer looks exactly as he did when he was alive. My son is still with me, and has never left.’” [chinaSMACK]

Mitt Romney’s China bashing. “For Romney, the political calculation is more difficult. He began the China bashing during the primaries as a way to distinguish his candidacy from his Republican rivals. Whether that message helped him with the base of the Republican party in securing the nomination is unclear, particularly since GOP constituencies are split about China. // You can slice and dice GOP voters in a number of ways and still not be sure which issues are truly motivating them — I tend to be skeptical about data like exit polling that oversimplify voting choices. One thing is clear, though, when it comes to Republicans: they have mixed feelings about doing business with China.” [China Hearsay]

Belated, but here’s a very good interview by Adrian Chen with China labor scholar Eli Friedman about Foxconn. “I mean the way you interact with your own consumerism is up to you. Sometimes when I say this stuff, liberals get upset at me and are like, Oh, you’re letting Apple off the hook. I’m not, I think that Apple is very consciously moving to places where labor is really cheap and where workers are highly politically repressed. So I think that pressure should be brought to bear on major corporations, absolutely. But resolving the labor conflict is a collective problem. And when you shift it to individual consumers, there’s no more power. I just don’t think that individuals have that much capacity to change things. Keeping pressure on big companies is a fine thing, but ultimately the thing that’s gonna change it is worker’s own self-activity.” [Gawker]

Doctor not the “dream job” it used to be in China. [Worldcrunch] 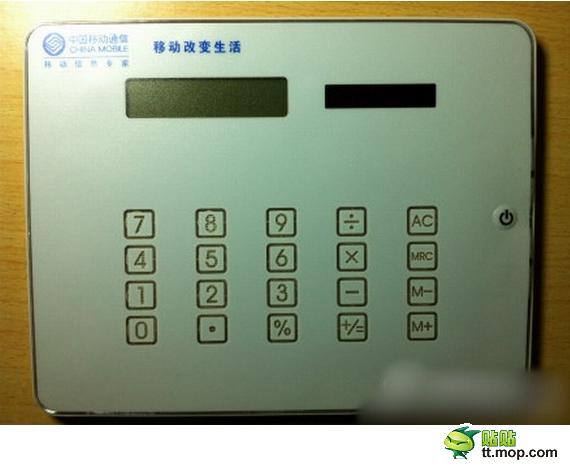 The next generation of tablet computers, via China News 24.