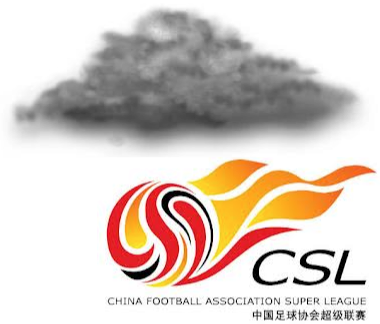 The latest penalties in China soccer’s match-fixing drama have been a long time coming – several players, officials and referees were already sent to prison last year – but as announced Monday, they were still fairly significant. In summary:

A few things stand out. First, a reminder that long before the failed Drogba-Anelka experiment, Shenhua used to be quite good. Yes, they bought the title in 2003 (though quite why they had to fix a game against the now-defunct Shaanxi Guoli, a club that finished bottom of the league by eight points that year, is beyond me). But prior to 2011, the club had finished outside the top six just three times in 29 years. Their last two finishes? 11th and 9th.

Second, the decisions being made often seem to be pretty random. It was known a decade ago that Shenhua was up to no good, but the decision was previously made to punish the individuals involved and not the club, under the specious reasoning that the individuals had already departed, so it would be unfair to punish the club. So why the change now? Six points is a huge amount in a league as tight as the CSL, so Shenhua will have their work cut out for them to avoid relegation. The other team docked six points, Tianjin Teda, is in the same predicament.

Despite this announcement, however, the popular opinion among fans online is that the teams got off too lightly, and that the punishments will have little effect. For comparison’s sake, Italian side Juventus was initially sent down two divisions in 2006 for match-fixing, though that was later reduced on appeal, and they played in Serie B (Italy’s second division) in 2006-07. Closer to home, Chinese teams have previously been relegated outright for match-fixing.

Soccer in general — and particularly in this part of the world — is corrupt. Exhibit A: Europol’s recent bombshell that up to 700 matches around the world look suspicious, and that ringleaders of Asian origin are to blame.

China’s own soccer scandal has dragged on for so long that most fans know to remain skeptical. But – insert huge caveat here – the worst finally appears to be in the past, and the league can now concentrate on improving the quality of the product. Clubs could do worse than looking closer to home for future success, rather than overpaying foreigners for instant (and largely ineffective) remedies.

Mark blogs at The Li-Ning Tower.