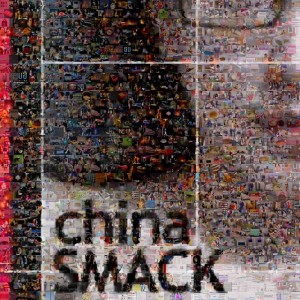 ChinaSmack has been one of the most popular China blogs on the Internet basically since its inception in the summer of 2008, after it “broke the Internet” by publishing a post titled “Naked Chinese Girl Attacked By Cantonese Teens” with accompanying video (the video has since been removed). It’s built quite a formidable team of translators and has posted regularly ever since, translating Chinese netizen opinions on hot-button issues. It’s not exactly a moral compass, considering it’s as likely to scrabble around the bottom of barrels as it is to survey the creme, but in its own small yet significant way, it helps bridge the cultural divide between China and the English-speaking world. And its glossary of slang, if you haven’t already seen it, is a gem of a resource for Chinese learners. Basically, everyone has heard of ChinaSmack.

Everyone, that is, except Dashan, i.e. Mark Rowswell, i.e. That Asshole Dashan, who recently wrote on Sina Weibo (as translated by ChinaSmack): “@大山: A very interesting website, using English to introduce China’s internet culture to the world. Very frank, without being modified/tempered.” (一个很有意思的网站，用英文向世界介绍中国的网络文化。很直白，不修饰。) And now, lots of people — rightfully — are worried that Chinese authorities will soon “harmonize” the site, moving it to the dark side of the Great Firewall.

Those who have experience in Chinese media will tell you that when it comes to writing about China, anything goes except the truth. (I say this tongue-in-cheek — please understand that I do work in Chinese media.) That is, stories that hew too closely to reality — especially the bleak kind — are more liable to get axed, most likely by a deputy editor afraid of attracting the wrong kind of attention. When one makes a habit of writing close to truths that make China look bad to foreigners — that is, airing dirty laundry in public, every stain in plain sight — one really crosses into a dangerous territory.

Then again, as anyone who works in media also knows, the censors are reliably fickle. So who knows, maybe ChinaSmack will survive after all.

One thing’s certain though: Dashan can be a dick sometimes. As I’ve said about him before:

The Beijinger wasted an entire blog post on Dashan, asking questions such as “Is it time to stop hating him already?” and “Or is it just jealousy?” They completely miss the point. Most mammals feel a natural aversion to Dashan because he looks like this: 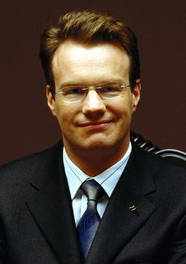 17 Responses to “If ChinaSmack Gets Harmonized Soon, We Can All Blame That Prick Dashan”