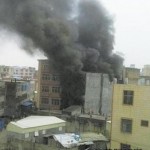 A man named Liu Shuangyun was arrested yesterday for starting a fire at an underwear factory in Shantou, Guangdong province that left 14 dead and one injured, according to Xinhua. The blaze lasted about half an hour, from 3:30 to 4 pm yesterday. AP reports that Liu, a 26-year-old migrant worker from Hunan province, was... Read more » 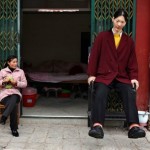 Yao Defen, who grew to be 7-foot-8 (2.34 meters) due to a tumor in her pituitary gland, died on November 13 in her hometown of Zhucheng, Anhui province. We’re not sure why it’s taken three weeks for reporters to get around to this story, but here it is on Daily Mail, etc.: A neighbour recalled how... Read more » 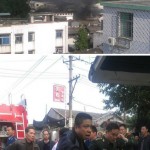 Around 9 am this morning, a military helicopter crashed into a residential neighborhood in Shantou, Guangdong province. The pilot parachuted to safety, but at least four people on the ground sustained injuries, none life-threatening, according to People’s Daily. One of the injured, a 26-year-old woman, had to be taken to the hospital. In typical fashion (not really,... Read more » 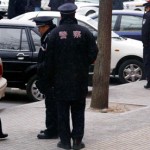 On Sunday, Beijing Youth Daily reported that Beijing had sentenced “10 people to up to 18 months in jail for illegally detaining petitioners from another city” (Reuters‘s words). It was, as Reuters noted, “a rare case of the judiciary taking on the shadowy men who operate on the margins of the law.” Ah, but not so... Read more » 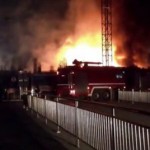 Huge, rolling flames. Xinhua reports that the fire began just after 7 pm around Xihongmen subway station in Daxing District. The thick smoke rose more than 10 meters. Firefighters were able to control it relatively quickly. About 300 square meters of property were damaged, but there were no casualties. The cause of the incident is still under investigation. 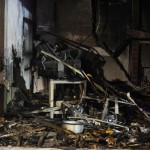 We just warned about the dangers of hotpot: last week, a man caught on fire when a waiter allegedly mishandled an alcohol-fueled hotpot stove in Beijing. An accident yesterday in Shouyang County of Jinzhong City, Shanxi province was much worse. At 7:52 pm, according to Xinhua, a large blast came from inside the hotpot chain Xiyangyang (Happy Sheep),... Read more » 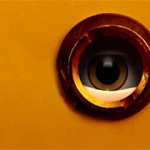 In this day and age, someone somewhere had the brilliant idea that it’d be perfectly fine to install peepholes in a student dormitory as a form of surveillance. That somewhere is a middle school in Wenzhou, Zhejiang province. As Shanghai Daily tells us: About 470 students live in the dormitory building of Longwan Experimental Junior... Read more » 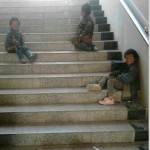 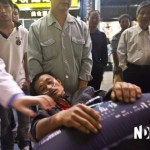