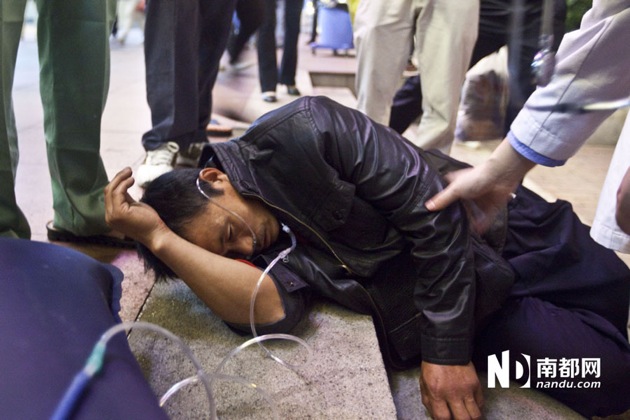 Last month, there was a bloody, bloody fight on Line 4. Last week, a boy pooped inside a crowded carriage on Line 3. And two days ago, a train caught on fire on Line 8, forcing passengers to evacuate through a tunnel.

No injuries were reported. The problem was apparently caused by a short circuit in the AC, according to Guangzhou Security Bureau’s microblog. The Nanfang has more details:

Passenger Miss He told Nanfang Daily she heard an explosion and saw that there was a fire between the fourth and fifth carriages.

A member of staff then came and put the fire out with a fire extinguisher before anybody was hurt. A passenger surnamed Peng, who was in the second carriage, said the fire was not big but it burned an LED sign and caused smoke to spread quite far.

Some panicked people — in what appear to be crowded carriages — resorted to smashing windows. The Nanfang again:

There were scenes of panic on the train as some passengers smashed windows and entered the tunnel to escape. Sun, a 41 year-old farmer from Hubei Province, was taking the subway for the first time when he heard the explosion.

We’d also like to point out that in August, a man jumped onto the tracks on Guangzhou Subway Line 5, causing a 30-minute delay, and last year, a man from Hunan started a fire on a Guangzhou subway train because he was in a “bad mood.” It must be the water. 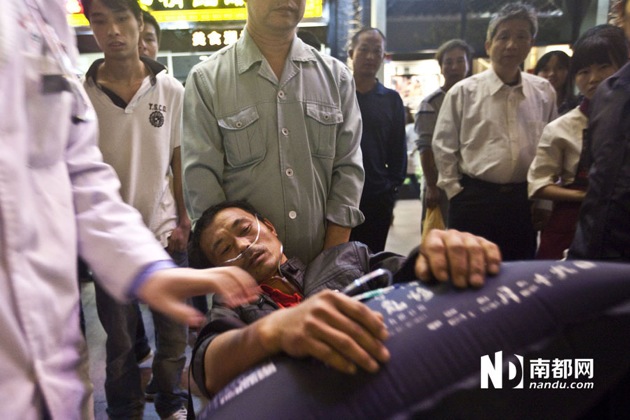 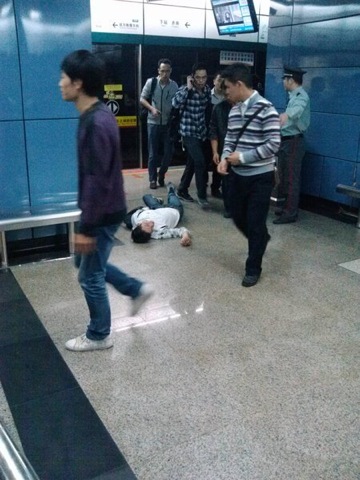 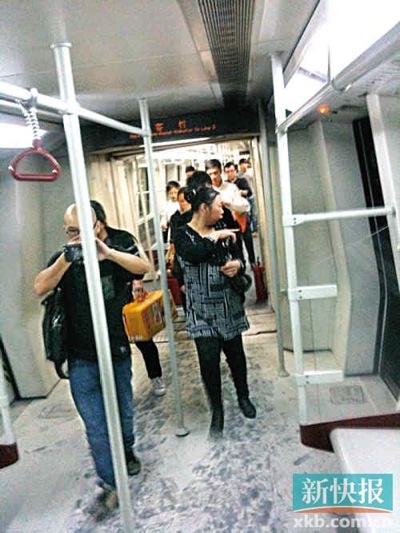 Just before the evacuation, someone whipped out a camera and began filming. Warning: the fire alarm is really annoying in this video:

2 Responses to “Another Incident On Guangzhou Subway, This Time Involving Fire”