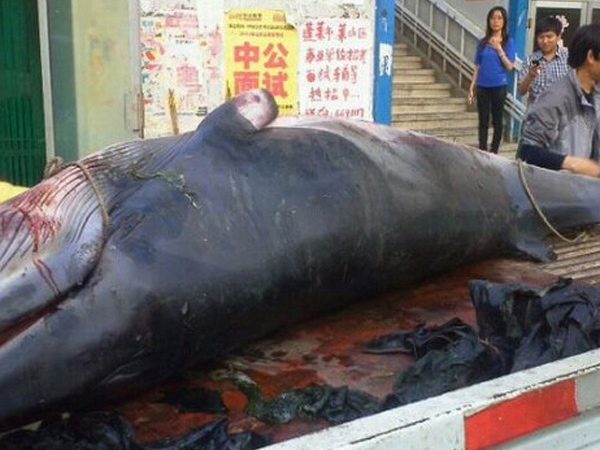 Earlier this week, students at the Shandong Institute of Business and Technology went on Weibo to complain about their food tasting “sour, tart,” according to an article on the website 21food.cn. And why would food taste like that?

The picture above is not some random dead whale, but the whale served up at the Shandong Institute of Business and Technology canteen. “We were very surprised to see a whale in the school cafeteria,” a student told China Broadcast Network. To the best of anyone’s knowledge, the whale was served simply because it was available — dead, that is. According to comments on Weibo, some are uncertain whether it was killed by fishermen or died naturally (and washed ashore?), though wounds around the whale’s mouth indicate it had been poached. “Whales are nationally protected animals,” the article on 21food.cn states. “Is it so delicious as to be worth pursuing?” Sour, tart. The answer is no.