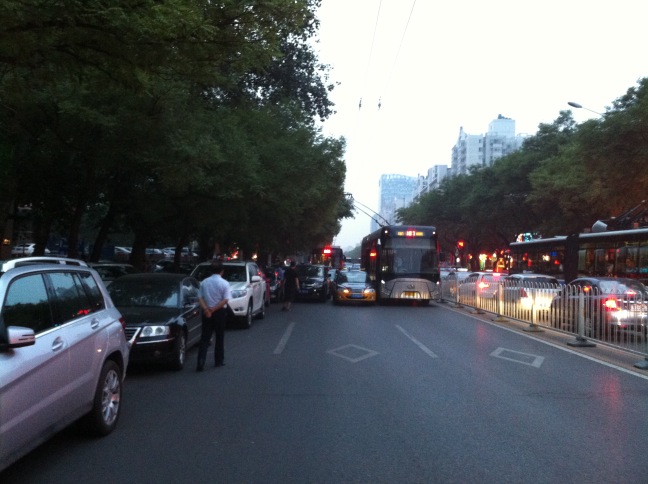 A road called commonly known as Guijie is one of the busiest streets in Beijing every evening thanks to the overwhelming number of restaurants on either side. In fact, that’s all the street is known for — restaurants, usually catering toward tourists and expensive.

Well last week, bicycling through Guijie in the late evening, I noticed standstill traffic. Traffic is usually somewhere between bad and terrible, but standstill was unusual, considering there aren’t that many stoplights. I navigated my bike around the mess, then realized the problem: because a bus had scraped against the side of a taxi, the taxi driver refused to move his car, fearing that would alter precious evidence that could be used against the bus driver. As a result, no one could get through, and this is what I saw in front of me: 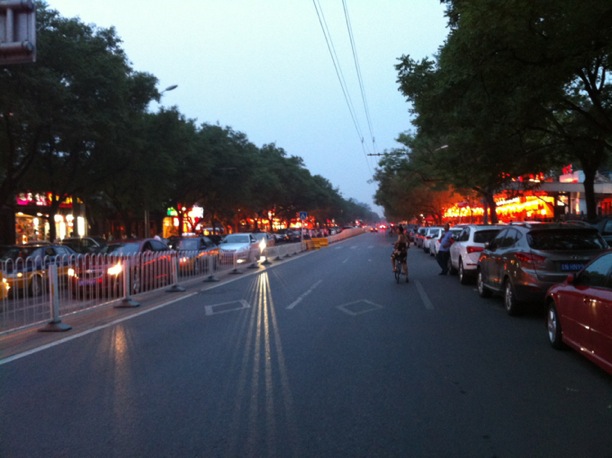 Absolutely nothing. Again, thanks to the one cabbie who wouldn’t pull forward. I had nothing but the open road — Guijie during evening rush hour. The thought made me giddy.

I don’t know what happened with the taxi and bike driver. I think the cabbie did agree to move aside, eventually, because one by one, slowly, cars passed me on the road. But imagine if you were stuck behind that debacle. Imagine your anger. How would you possibly cope?