Rappelling has never had a finer day.

On Tuesday afternoon, a fire department in Xining, Qinghai province in western China fielded a call about a man who was threatening to kill himself after a domestic dispute. When rescue workers arrived, they found him on the ledge of a bedroom window, both feet dangling outside, and clutching a two-year-old child in his arms. Was he planning on jumping with the toddler to make this a suicide-murder? And all because of a disagreement with his wife, as Xinhua reports?

No one was about to wait to find out. After setting up an inflatable cushion underneath the window, firefighters set in motion a bold plan involving a man rappelling from the floor above and kicking the suicidal man inside, to safety. Watch what happens. Youku video for those in China after the jump, plus pictures via Xinhua. 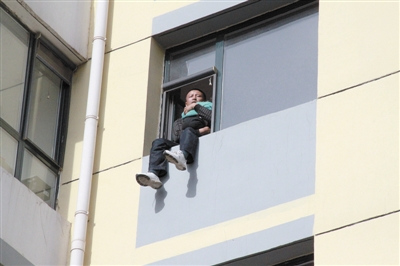 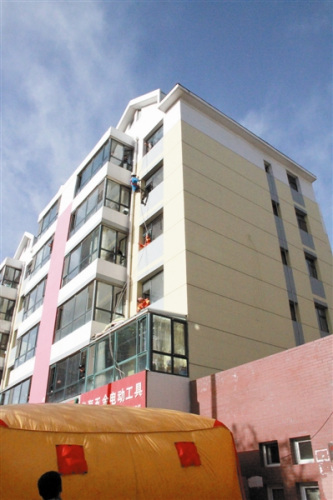