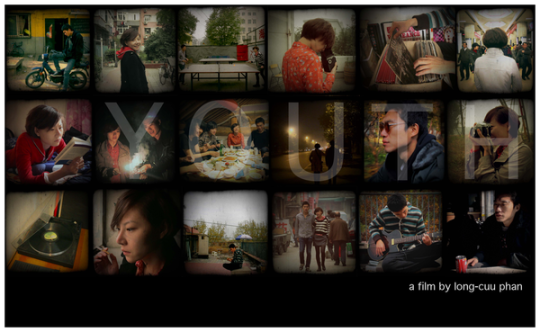 Los Angeles filmmaker Long Cuu Phan has lived in Beijing for the last four years, and for at least the last two of them, he’s been working on a script that’s “near and dear” to his heart.

Set in modern-day Beijing, Youth is about a college student whose world unravels when she discovers her father’s new wife is pregnant. “It’s what would happen if you remixed Ozu x Godard x Korean Romcoms,” Phan writes. He’s currently trying to crowd-source funding on Indiegogo to begin production.

And to be completely honest, I’ve worked on this script for almost two years, but have been dreaming about it for much longer.  It is near and dear to my heart, and I refuse to shoot if it isn’t done right.  A quarter of the budget is allocated to a high end digital camera package, but the majority of the money will go into paying actors, crew, locations and all the other necessities that goes into making a world class film.  And make no mistake, this is exaclty what this film is, world-class.   It’s something I’ve worked the last 9 years to be able to make and with your support I will be able to do it.

Phan shot his first short when he was 23 years old, called This Will All Make Perfect Sense Someday. He now earns his income from a PR company, but filmmaking is his life’s passion, he tells us. Check out Youth on Indiegogo. In the director’s video introduction below, the trailer begins at the 4:49 mark.