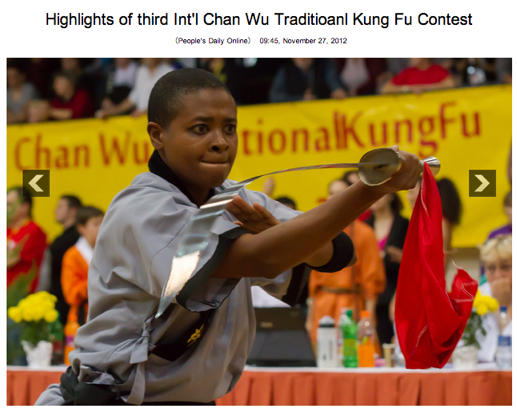 Sigh. The headline reads: “‘Spark’ for Tibetan self-immolation unwilling to do the same.” “Lorang Konchok smiled and greeted a police officer he met in a detention house in Aba, a Tibetan and Qiang autonomous prefecture of southwest China’s Sichuan Province. // It’s hard to imagine that such a humble monk is a murderer.” (Xinhua)

Corruption does not discriminate by gender. “A dozen women cadres have expanded the envelope for official corruption on the mainland, becoming entangled in a scandal that involved accepting prepaid cards for spa treatments and hairdressing.” (SCMP)

Penguin eats its own young in Heilongjiang zoo interlude, via Guardian via Shanghaiist:

Lots of parties tonight and this weekend, Beijingers. (the Beijinger)

China’s obsession with cars. (The Guardian)

"Do you have a gun?" is the new China taxi driver "Are you scared of black people?" question when you say "I'm American." #progress

One Response to “Friday Links: “Spark” for Tibetans who set themselves on fire, doomsday stories, and penguin eats its (holy crap!) own young”