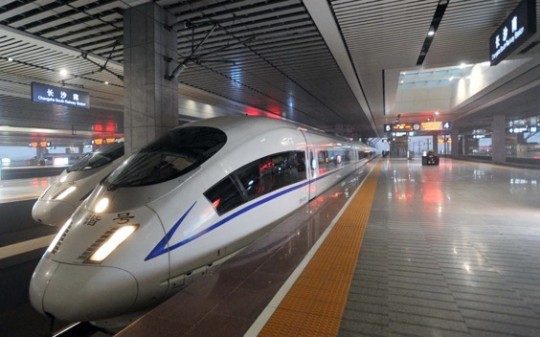 With interactive graphics. “Bloomberg News series ‘Revolution to Riches’ lifts the veil of secrecy on China’s princelings, an elite class that has been able to amass wealth and influence because of their bloodline.” (Bloomberg)

Mountains/hills being moved again. “Yanan, the iconic centre of the Communist Party’s revolutionary past, has answered the central government’s call for urbanisation by flattening an area of the erosion-prone Loess Plateau almost as large as Hong Kong Island.” (SCMP)

Look at what Chinese media is reporting: “A man from central China’s Anhui Province reported to the police that he was illegally detained for two months after petitioning in Beijing, Beijing News reported Thursday. // Wang Weilong came to Beijing and revealed his grievances to staff with the Supreme People’s Court on September 21. However, the next day, he was brought away by several unidentified men at Beijing South Railway Station when he planned to go home. // Wang was detained by unknown men from September 22 to November 18. During the detention, Wang was ironed.” (Sina)

And: “Local officials in Nanpi county, Hebei Province, Thursday fired a land and resources official after being accused of detaining and attempting to bribe a journalist who was reporting on damage caused to farmland by illegal soil exploitation, the Beijing-based magazine China Newsweek reported Thursday. // The magazine said He Zhiqi, deputy secretary of the CPC Nanpi County Committee visited its office Thursday and told editors that local official Xue Wenyuan’s actions were unacceptable.” (Global Times)

“Scambusters.” “Kenny is the founder of International Recovery Service (IRS), an organisation that uses underhand tactics to persuade scammers to repay their victims. Usually this persuasion comes in the form of catching the villain red‑handed and threatening to go public with the evidence of their crime if the client is not repaid.” (TimeOut Beijing)

Belated, but good. Spoiler: Song Jiaoren is assassinated. “At 10.40pm on March 20th 1913 a young man who represented one possible future for China stood on the platform at Shanghai railway station, waiting with friends to board a train to Beijing. Song Jiaoren—30 years old, sporting a Western suit and a wisp of a moustache—had just brilliantly led his new political party, the Nationalists, to overwhelming success in parliamentary elections, the country’s first attempt at democracy after two millennia of imperial rule. He was in line to become China’s first democratically elected prime minister, and to help draft a new constitution for the Republic of China.” (Economist)

Belated, sad. “A minivan carrying 15 children to kindergarten plunged into a roadside pond in a rural area of eastern China on Monday, killing 11 children, state media and an official said.” (CBA News)

Pandas playing in the snow. (Sina, below) 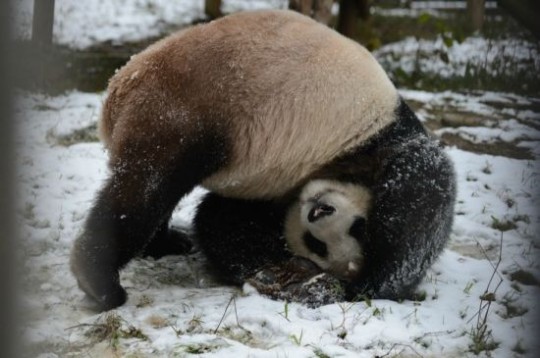