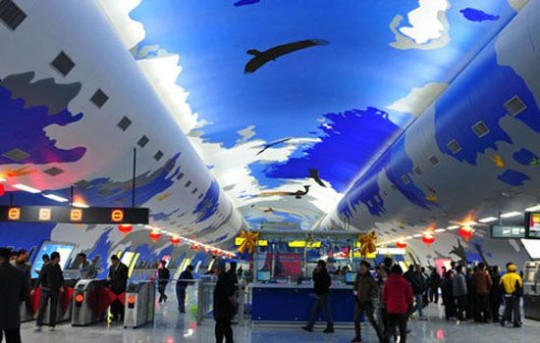 Chongqing has a pretty amazing subway station, via Sina

I think we know the “real you” well enough, sir. “The deputy secretary-general of Zhanjiang City in Guangdong Province has been removed from his post after local Party discipline watchdog confirmed online allegations about his having a mistress and a second child in violation of China’s one-child policy. // Zhanjiang’s Party discipline inspection committee confirmed the online allegations against Deng Wengao and also opened a graft investigation in his case, Yangcheng Evening News reported yesterday. The discipline watchdog released no other details. // Deng’s only response, the paper reported, was to say, ‘You can go around and know the real me.’” (Shanghai Daily)

Another Mo Yan piece from Perry Link. “The awarding of the 2012 Nobel Prize in Literature to the Chinese novelist Mo Yan has given rise to energetic debate, both within China’s borders and beyond. Earlier this month, ChinaFile ran an essay by Chinese literature scholar Charles Laughlin called “What Mo Yan’s Detractors Get Wrong.” That essay was, in large part, a critical response to an earlier piece in The New York Review of Books by Perry Link. We invited Link to respond.” (Perry Link, China File)

Corollary: “When the article was translated into Mandarin for Chinese Web portal Sina.com, it attracted thousands of comments trying to puzzle it out. The most popular theory seems to be that Santa is perceived as Western, cool, and a bit romantic, so the saxophone fits. Christmas in China is more about having fun with friends or a romantic date than it is about reverence and family as in the Western world. // I would like to add the theory that President Bill Clinton may be partly to blame for this trend.” (Washington Post)

Mao Zedong’s 119th birthday is today. “In Shaoshan, countless people sang “The East is Red” together to mark Comrade Mao Zedong‘s 119th birthday, notes People’s Daily online. Another activity on December 25 was a fitness marathon, in reply to Mao’s call to ‘develop sports to strengthen the people’s physical shape.’ Nearly ten-thousand people from provincial departments colleges and universities, and from all over the province (i. e. Hunan Province) reportedly participated.” (Just Recently)

Baseball in China is good, though it doesn’t stand much chance for development now that it’s no longer an Olympic sport. “The Chinese mainland welcomes the proposal to establish a cross-Strait professional baseball league with Taiwan, a mainland spokeswoman said Wednesday. // Fan Liqing, spokeswoman for the State Council’s Taiwan Affairs Office, said the mainland is willing to increase cooperation and exchanges on athletics with Taiwan, where baseball has a longer development history.” (Xinhua)

Party guide to New Year’s Eve in Beijing. (the Beijinger)

“China is building a motorway across the Tibetan plateau. For some, reaching Lhasa by road is the ultimate dream.” (The Economist) 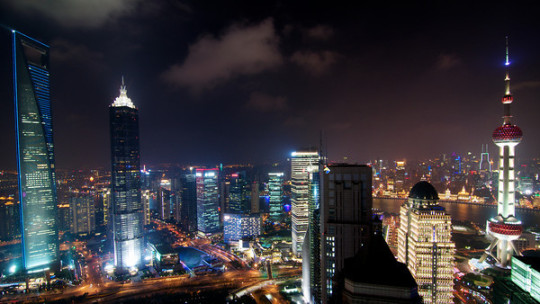