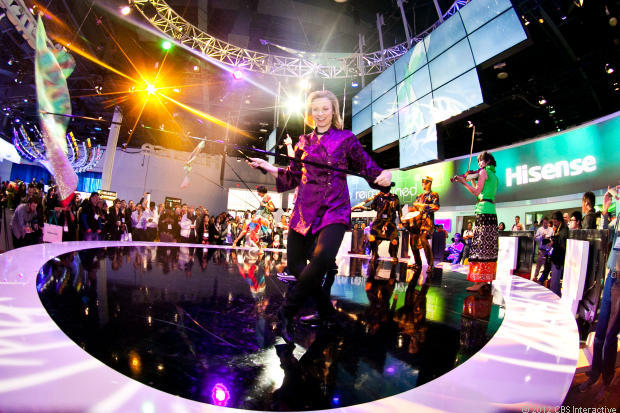 I’ll be honest, I joined the “Consumer-Electronics-Show-is-irrelevant” bandwagon after so many years of really cool but never released gadgets in technology. That said, there have been a few interesting stories to come out of this year’s four-day CES in Las Vegas, which ended January 13: 4K TV sets (aka UltraHD), 50 Cent trying to capitalize on the headphone success of other rappers (again), and — most relevant to readers of this site — the presence of Chinese companies.

Adrianne Jeffries, writing in the Verge (linked above), does a great job of breaking down the strengths of Hisense, Haier, Huawei, etc., and points out some very obvious weaknesses. As her post is meant more as a summary, there are some points that could be expanded upon, as well as PR BS that just begs to be called out.

“…their executives are surprisingly candid.”

Huawei’s head of consumer electronics Richard Yu all but spat hot fire. Yu called Samsung’s plastic “cheap” and dismissed recent accusations that Huawei is a national security threat by saying that the US government “gives some noise.”

This is nothing new. Calling your competitors’ products “cheap” doesn’t strike me as candid. Rather, it is the typically bombastic and inflammatory shock tactics that Chinese tech media have grown to expect from their tech leaders.

There are many examples of CEOs flaming each other on social media, belittling others’ products and strategy, and general belligerency.

It’s understandable that tech reporters in the US expect a bit more diplomacy from executives; Steve Jobs seems to be the only major tech personality that showed a willingness to completely trash other products. The landscape here is quite different: weaknesses in the rule of law and an inadequate intellectual property protection system requires companies (not just tech) to be cutthroat, creating buckets of bad blood.

The Chinese are the underdogs in the electronics industry, and they have a newcomer’s verve. They also have a great deal of confidence, however, having already established themselves in the most populous country on the planet. There seems to be a sense of manifest destiny, a belief that global takeover is simply in their cards.

I’m highlighting this just because of how little I’m surprised that Chinese companies have a big head. A huge part of the Chinese psyche, reinforced through biased education and media, goes something like this: “China is awesome. Always has been, always will. We weren’t for a while because foreigners kept us down, but now we’re back. Everybody watch out.”

With this comes some ridiculous PR statements from Hisense about market share.1 It doesn’t surprise me that Hisense would perform well in China or even Malaysia (with its large ethnic Chinese population), but Europe? I spent about an hour looking for market share information on Hisense, but found very little — their European website was last updated in 2010.

The Challenge for Chinese Companies

This cannot be said too many times: Just because you’ve been very successful in China2 does not guarantee you will be successful outside. This has become a bit of a truism both for Chinese companies going into developed markets as well as companies from developed markets coming into China — Home Depot, Best Buy, and Groupon being great examples.

The colors in Iron Man on TCL’s 110-inch TV looked so bland that a guest at the booth wondered if the movie might have been a subpar pirated copy. Haier’s booth featured an iPad knockoff so blatant visitors first wondered if the company was using real iPads. Its name? The HaiPad.

And the Chinese marketing is also a bit off — an elaborate music and dance routine at Hisense’s booth basically screamed “we’re foreign!” and the press materials for the Top Brands From China event were nigh-indecipherable.

Chinese people can be very quick to pull the “you-don’t-understand-China” card.3 Granted, there is quite a bit of misunderstanding of China, its people, and its companies, but this is no excuse for the Chinese to apply the same intellectual laziness when learning about the outside world.

This is what every single Chinese company has to fight against if they truly want a positive global brand presence. At this point, no one even seems sure how to pronounce Huawei (it’s “hwa-way”).

These companies have shown great prowess and a drive to succeed in their home market, but there still seems to be a lack of understanding of what appeals to Western consumers and how to present your product. The above-mentioned song and dance at the Hisense booth is something you’d probably see at a Chinese trade show (or banquet, or cheap 24-hour dim sum restaurant, or overpriced Chinese bar), but the fact that Hisense chose to do the same at one of the largest consumer tech events in the world shows how much they still have to learn.

I completely agree that Chinese technology companies are set to take off globally (and perhaps dominate in certain sectors and areas), but it won’t be before they invest more in brand image, hire the appropriate consultants,4 and transcend their current China-focused mentality.

1“You’ve probably seen stuff this week saying ‘well hey, Hisense can come in and spend a lot of money and get a very big booth and it doesn’t make them a tier one,’” Hisense product manager Chris Porter toldThe Verge. “Well you know what? We already are a tier one. We’re tier one in China, we’re number one market share there, over twice the market share of Samsung. Australia, South Africa, Malaysia, Europe, same thing. It’s not like we’re trying to buy our way into tier one, we’re just letting people know who Hisense really is.”

2 With its protectionism and support for domestic companies, a very obvious price advantage, and intimate understanding of Chinese consumer preference.

4 I, of course, am available for a nominal fee.

3 Responses to “Chinese Tech Companies Have Come A Long Way, But Have Further To Go, If Their Performance At This Year’s CES Is Any Indication”

Leave a Reply to John Artman