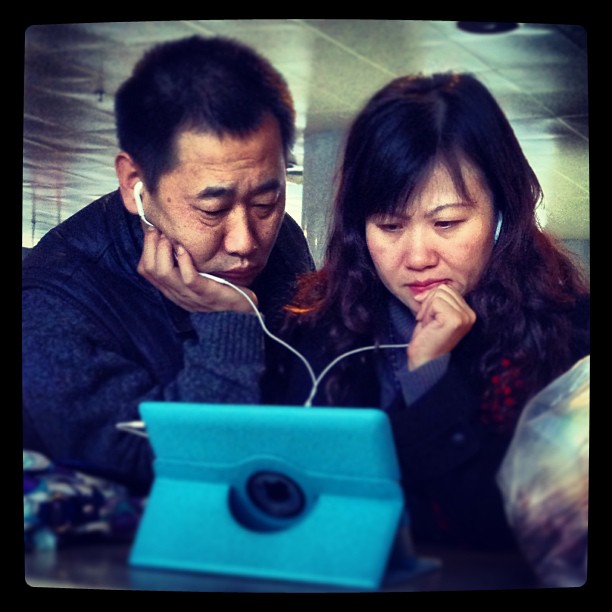 And other amazing pictures from John Lehmann.

A more capitulating editor-in-chief installed at Southern Weekly? “A more open-minded editor-in-chief has stepped in to run the daily operation of Southern Weekly in the aftermath of the row between its editorial staff and propaganda officials over interference in editorial operations. // The newspaper’s latest edition yesterday included a correction for blunders that appeared in the introductory message in the paper’s New Year edition, the first formal response since the censorship row.” (SCMP)

Sad. “Such is the shortage of elderly care in China’s major cities that there are more than 10,000 applicants waiting for the 1,100 beds on offer in the capital’s No. 1 Social Welfare Home, according to the Beijing Evening News. // A staff member at the home told the newspaper that anyone applying now would have to wait a lifetime to get in. Numbers are so tight, he said, that only a dozen places were coming up each year.” (The Telegraph)

Former Japanese prime minister Yukio Hatoyama visits Nanjing Massacre Memorial. “The gesture won instant praise from the Chinese public, but his comments that territorial disputes do exist over the Diaoyu Islands were rebuffed by the Japanese government as ‘opposite to Japan’s position.’ // ‘I apologize for the crimes that Japanese soldiers committed during wartime and I sincerely hope this tragedy will not repeat,’ Hatoyama said during his visit to the memorial in Nanjing, Jiangsu Province, where 300,000 Chinese people are believed to have been killed during Japanese occupation. Hatoyama is the third former Japanese prime minister to visit the memorial hall in Nanjing after Toshiki Kaifu and Tomiichi Murayama.” (Global Times)

China can listen in on your Chinese Skype calls. “If you have friends, family or business contacts abroad, chances are you are using Skype to keep in contact. Having said that, you are probably not aware that all your phone calls and text chats can be monitored by the censorship authorities in China. And if you are aware, chances are that you do not consent to such surveillence. Microsoft, however, assumes that you do consent, as expressed in their Privacy Policy.” (GreatFire.org)

Uh huh. “The publicity chief of the Communist Party of China (CPC) stressed efforts to improve the media’s reporting style during an inspection tour of the Party’s flagship newspaper on Thursday. // Liu Qibao, head of the Publicity Department of the CPC Central Committee, visited the headquarters of the People’s Daily, the official newspaper of the CPC Central Committee. // Media organizations should innovate their writing and reporting styles in an effort to boost the communication level, credibility and influence of their stories and articles,the official said.” (Xinhua)

Snitch on food safety violators, get money. “China will offer up to 300,000 yuan ($48,200) as a cash reward to people who report on others who violate food safety laws, state media said on Tuesday, as the government tries again to crack down on a persistent problem.” (Reuters)

China’s navy. “The latest, upgraded Qiandaohu-class oilers, also known as Type 903s, were launched at a shipyards in Guangzhou and Shanghai last spring. After additional work, the tankers began sea trials in the China Seas, testing out the vessels’ mechanical systems plus the storage tanks, valves, hoses and other gear for refueling other ships at sea. This week the first of the new Qiandaohus reportedly completed her trials, clearing her for frontline use.” (Wired)

Beijing air in memes. (the Beijinger)

Smoking weed in North Korea, or something. (NK News)

Interview with that dude who took 300 shots of baijiu, Derek Sandhaus. (Chengdu Living)