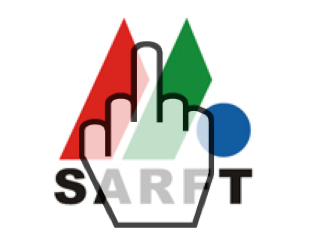 The State Administration of Radio, Film, and Television is a yawning cunt of beigest ninnies and bacillus. It’s written right there in its mission statement: Our function is to research and promote the insipid, hackneyed humdrum of popular media while bowdlerizing, inside the deep recess of our cave of assery, all that is good, interesting, real, or artful.

Sam Mendes’ Skyfall might have already broken records at the British box office but its impact on the lucrative Chinese film market has been hampered by the inclusion of politically and culturally controversial narrative events which take place in Shanghai and Macau.

The edited version omits a scene set in Shanghai where a French hitman (Ola Rapace) shoots a Chinese security guard. References to prostitution and corruption in China have either been edited out or obscured in the subtitle translations.

In particular the backstory to villain Raoul Silva (Javier Bardem) who was tortured by the Chinese government after working for MI6 in Hong Kong has been softened with all references to China removed.

For a much more detailed look at China’s censorship of foreign films, check out this feature in the New York Times (a publication that remains — the irony is no longer funny, or very ironic — blocked in China). Of particular note is a reference to a China Film Biz blog post by producer Robert Cain in which he describes censorship of the anodyne Shanghai Calling:

Back in 2006 I was on set in Shanghai for a romantic comedy I’d helped to set up. One of the film’s scenes, a romantic conversation between the two leads, took place in a movie theater. The director shot 5 or 6 takes and decided he had what he needed. As it was the end of our shooting day and we were feeling punchy, someone tossed out the idea that we shoot one more ‘comedic’ take. So we shot the scene again but this time with an extra in the background, camcorder in hand, acting as though he was a theater patron taping the film off the movie screen.

We quickly shot that take and wrapped for the day. What we didn’t know was that there was a spy in our crew, a plant from SARFT or some other government entity, who dutifully reported to the local authorities that our film contained a scene which made the ‘subversive’ suggestion that there were film pirates operating in China.

The next day, before our morning call, we were summoned to the office of a powerful Shanghai party member who advised us that our movie was being shut down. He said that our depiction of an act of piracy was “naive” and “untruthful” and damaging to China and to the Communist party. We would have to pack up and leave the country without being able to finish our film.

After we spent that entire day begging and pleading ignorance and promising to be on our best behavior, we were fortunate enough to get the party member turned around, and he gave us permission to continue shooting. We never did find out who the spy was, but we learned a costly lesson about discretion in China and the importance of maintaining appearances, even if those ‘appearances’ weren’t true.

We will never see art reach its potential in this country as long as obscuranting hacks continue to cosset this country’s “5,000 years of culture” with their infantile notions of decorum and orthodox. Fuck SARFT.

Skyfall premieres in China on Monday. We will not be watching.