Many visitors to the Jilin Ice and Snow Festival in Yanji, capital of Yanbian Korean autonomous prefecture, have been complaining recently about a local custom that they deem “cruel.”

According to ancient tradition for many ethnic Koreans living in China (apparently), live chickens are strung by their feet in front of an ice wall and used as archery targets. While some tourists, claiming they don’t want to disrespect local culture, have looked outright giddy while taking up this sport, a great number of others are calling it what it is: inhumane.

At the one-minute mark in the above video, you get to see what happens when a chicken gets hit with a crossbow arrow: muscles tense, wings splay. Death — we can only hope. We’re told some chickens are hit by multiple arrows and yet stay mercilessly alive.

On Sina Weibo, comments have ranged from, “Flip it around and have chickens hang humans up there,” to, “If children see this, they’ll be disturbed.” 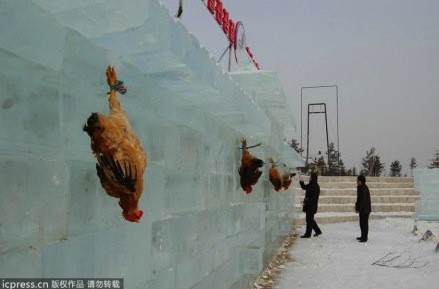 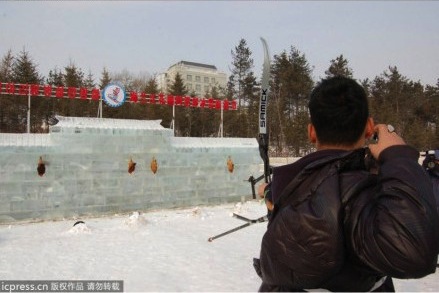 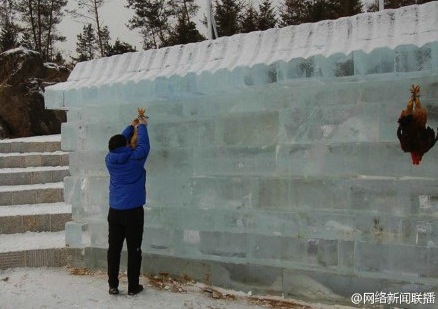 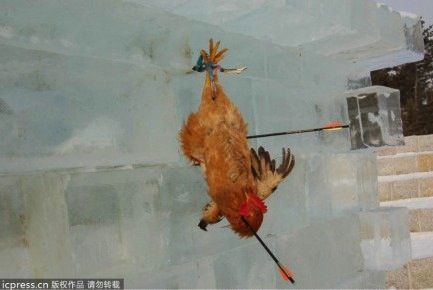 The next video features raw clips of people shooting arrows into chickens. It’s not recommended viewing for those who don’t appreciate moving pictures of animal cruelty set incongruously to happy jig music.