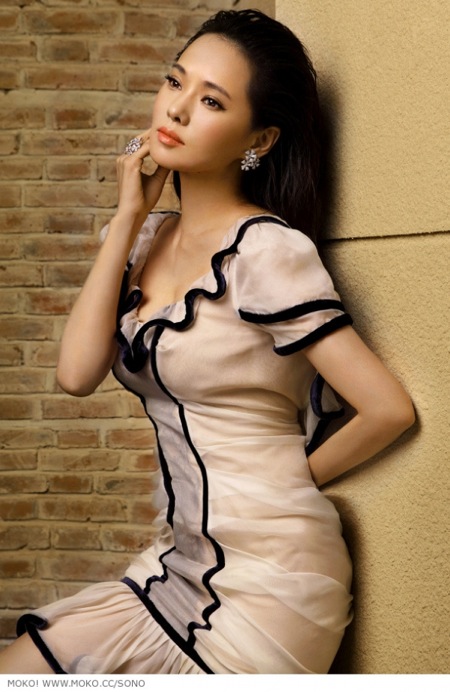 Sina Weibo was recently aflutter with Yi Nengjing, also known as Annie Yi, Inō Shizuka, and formerly Wu Jingy. As Tea Leaf Nation tells us, born in 1969 to a political family, Yi has been somewhat of an atypical pop star, often clashing with media and remaining outspoken even at the cost of potential endorsements.

She’s taken her influence to new territory. TLN has the story of her latest escapade into controversy, related to the Southern Weekly incident:

On her Sina Weibo microblogging account, she shared a coded message with her 6.5 million fans, attaching a photo of the Global Times editorial to make her message clear:

“Good boy, watch that door. As long as we are here, this place belongs to us. So if anyone says to you that this place is his, bite him. Good boy, watch that door. We have knives and guns, no one dares to come, so you don’t even need to bite, just barking is enough. Do you hear that, you dogs who threaten others on the strength of your master’s power? If you threaten me, even if you’re not really a dog, you’re just like one. Good boy, I butchered another dog for you, here are their bones for you to chew on. I’m encouraging you because I’m proud of you.”

The post struck a chord, getting re-tweeted over 36,000 times before it was deleted by censors.

Her defiance continued with even more posts, which may cost her a chance to appear on the mainland in the future.

By early evening on January 10 in China, the authorities had made formal contact with Yi. She wrote on her Weibo account, “I’m going to drink tea, hope it’s tasty.” Being invited to “drink tea” is a well-known euphemism among those Web users who stir up enough trouble online that authorities visit them in person.

As of January 11, it is reported on China’s social media that the promotion campaign for Yi’s new book in China was cancelled.