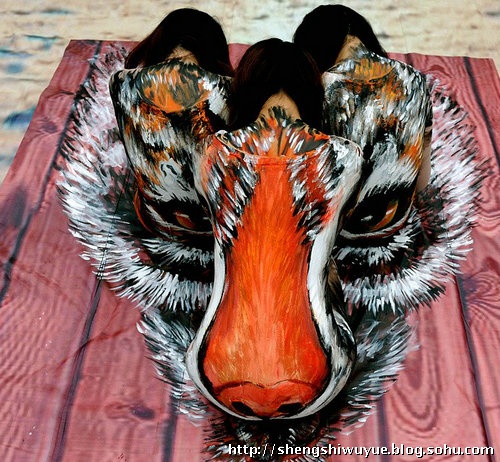 Life of Pi body painting, via Shengshiwuyue via Shanghaiist

Does it feel like a Wednesday to anyone else? Alas, just the beginning-of-the-week links:

Mark Kitto, hanging out in Moganshan, apparently. “My second question I already knew the answer to, but I wondered why his famous (or perhaps infamous) article was entitled as it was; ‘You’ll Never be Chinese.’ So I asked: ‘Did you really want to be Chinese?’ ‘No. I didn’t choose that title, the editors did.’ He then went on to explain what most have already figured out, that he just wanted to be accepted, more or less, a ‘human’ in China… // For my third question I asked: ‘Do you think China, the CCP I mean, will last another 10 years? I doubt we’ll see another congress.’ To this, Mark had lots to say. The beers drained away as the topic turned to Tiananmen Square, peasant revolts, land confiscations, the rich poor gap, government corruption, and a host of other ‘sensitive’ topics. What consensus we reached was that it would end, likely sooner than later, which gave Mark another reason to seek greener pastures further afield.” (SinoLicious)

Chinese housing official’s family owns 29 apartments, which seems excessive. “Prosecutors in Zhengzhou, capital of central Henan province, will investigate Zhai Zhenfeng, the former director of the housing administration bureau in the city’s Erqi district, Xinhua said. The allegations, from a whistle-blower, were first posted on a microblog last week, the agency said.” (Bloomberg)

Mass incidents galore. “The Legal Daily 法治日报 has published a summary of their ’2012 Mass Incident Research Report’ 2012年群体性事件研究报告, quantifying and analyzing ‘mass incidents’ in China – riots, civil unrest, and protests. The data sources and methodology behind the report are not made explicit in their introduction (which says the full report can be provided if you contact them; Danwei has not yet obtained a copy of the full report).” (Danwei)

Picture of strange Chinese war plane / transport. “The IKONOS image (below) is dated Dec. 25. It shows the Y-20 outside a large hangar at Yanliang airfield, home of the People’s Liberation Army Air Force’s test establishment. The base is crowded with examples of the PLAAF’s other main transports, including Y-8 medium airlifters and, apparently, tanker versions of the aged H-6 bomber — both types of which could in theory be replaced by the Y-20, ostensibly giving China the same global military reach the U.S. and other advanced nations have enjoyed for half a century.” (Wired)

Want to watch. “Chinese director Wong Kar-wai’s long-awaited martial arts film ‘The Grandmaster’ was shown in public for the first time in Beijing yesterday, after more than six years in production. // The film spans several decades of Chinese history to tell the story of legendary martial artist Yip Man, who went on to train Bruce Lee, and features lengthy battles between rival kung fu masters.” (AFP)

New record. “Getachew Terfa Negari of Ethiopia claimed the men’s title at the 2013 Xiamen International Marathon by setting a new course record on Saturday. // Negari who has run in Xiamen Marathon for five times and finished second twice in 2009 and 2010 finally stood on the top podium after he clocked two hours, seven minutes and 32 seconds to win the race, cutting the former course record by five seconds.” (Xinhua)

Reminder: Bo Xilai still awaiting trial. “No indictment has yet been issued, perhaps because Bo’s prosecution presents the party with its thorniest legal challenge since the 1980-81 trial of the ‘Gang of Four,’ which marked China’s transition from Mao Zedong’s Cultural Revolution to Deng Xiaoping’s radical new policy of reform and opening up.” (Jerome Cohen, US-Asia Law Institute, NYU)

Fujian official was selling babies. “While China considers changing its one-child policy, a family planning official in Fujian province has found herself a profitable side job: selling babies, China Youth Daily reported on Friday. // The female official, identified by police as Wang Yiping, is the head of a village family planning committee in Fujian’s Anxi county. A mother of four herself, she is suspected of participating in the illegal sale of four babies, police said. // After police uncovered her crimes, Wang confessed she had recently sold a baby boy for 52,000 yuan (HK$63,971) to a Fujian woman who ran a motorcycle shop. Wang had bought the boy for 50,000 yuan from a child trafficker, the report said.” (SCMP)

Belated but good: “Sick and tired of his son playing video games and not listening to him, a father in China decided to take matters into his own hands… well, sort of. Instead of sending his son off toaddiction camp or stripping him of internet and gaming rights, Mr. Feng (冯先生) chose to hire an online ‘hitman’ to school his son.” (Kotaku)

Opening of the Harbin International Ice and Snow Festival 2013 interlude:

“Thomas Sauvin, a Beijing-based French artist, has collected more than 500,000 negatives from Chinese amateur photographers which had, until his intervention, been destined for destruction.” (The Guardian) 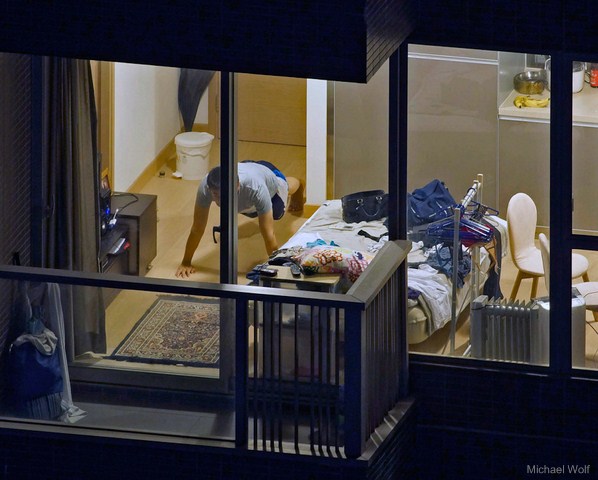