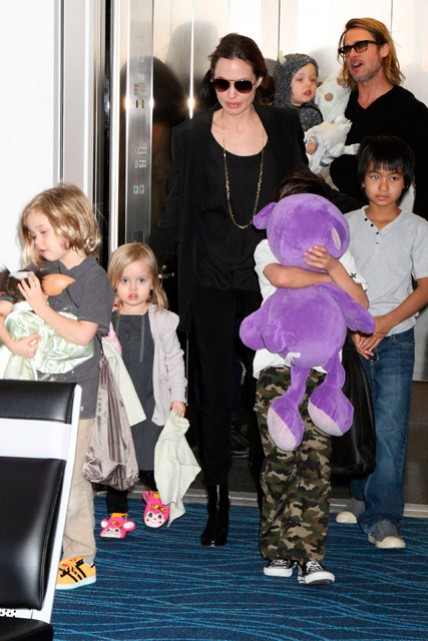 Since Brad Pitt’s January foray into China was foiled — virtual foray, we mean — we haven’t heard much from him. (But World War Z trailers — those we’ve seen aplenty.) And Angelina Jolee Jolie, what’s she up to?

Learning Chinese, it turns out. Via Marie Claire:

A source is quoted saying: ‘Brad and Angelina want their children to be international and reckon China will soon be the most powerful country in the world and it’s also the world’s largest culture and one of the oldest.’

The source added: ‘Angie is broody and friends reckon the next child will be Chinese as they have become so obsessed with the country.’

Did you hear that? Even if Brangelina’s next child isn’t from here — we thought one has to be allowed into a country before adopting one of its children — they’re obsessed with China. We hope this means they’re interested in China’s fast-changing landscape, social movements, political future, etc., and not, say, chopsticks and jade.

Learning Mandarin is a good start. We should all prepare for the day when it’s mandatory, because Firefly is right.

One Response to “Brad Pitt And Angelina Jolie Prepare For The Future, Begin Mandarin Classes”