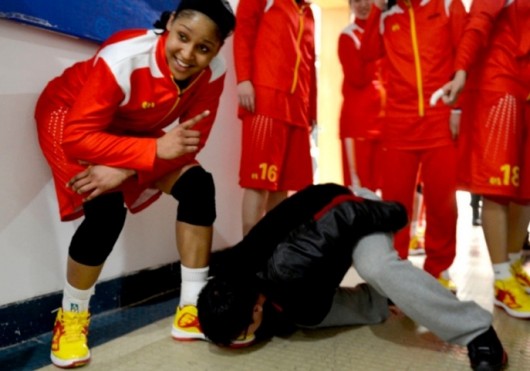 The Shanxi Flame claimed the WCBA championship yesterday, winning on the Zhejiang Golden Bulls’ “home” court 97-87 to clinch the series 3-1. The game was played in Hangzhou, not Zhejiang’s usual home city of Yiwu, due to the fans’ assault on the refs following Zhejiang’s Game 1 loss. What really did the Golden Bulls in, however, was an injury to Liz Cambage, who took the court at less than 100 percent. (She still managed 29 points and 8 rebounds.)

Zhejiang only lost twice at home all season, both times to Shanxi in the finals.

Maya Moore, who is arguably the best female basketball player in the world, scored 34 points and pulled down 13 rebounds for the Flame. Because non-Asians aren’t allowed to win the finals MVP award, the honor went to South Korean Zheng Xianmin (19 points and 7 assists in Game 4). Former basketball director Li Yuanwei blasted the decision on Sina Weibo, calling the MVP restriction “outdated.”

For the series, Moore averaged 41.5 points and 10.3 rebounds. In Game 1, she scored 53. No one will forget that she was Shanxi’s best basketball player all year, and possibly the best China will see for a long time. (Unless she — and Cambage — come back next season. We can hope.) 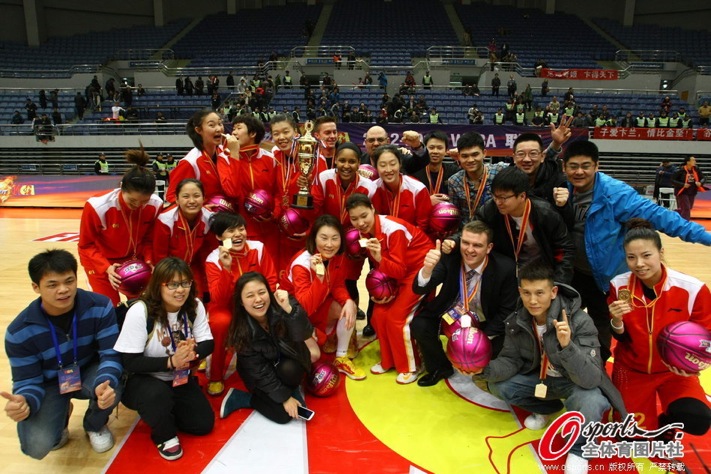