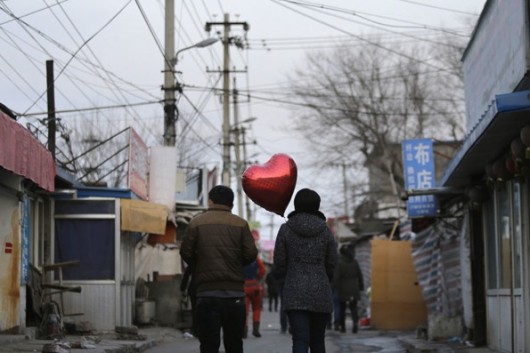 Valentine’s Day in Beijing, via The Atlantic

It’s the weekend at last links.

Other responses from this piece are worth reading as well. “Another UN Security Council resolution and enhanced sanctions will do nothing to change the fundamental calculus on Pyongyang’s part, which will take a still harder line in response.” (John Delury, ChinaFile)

Interesting rumor. “On February 8, social media user @Victor倪卫华 tweeted on Sina Weibo, China’s Twitter, a rumor that Xinyang, a small city in Henan Province, may become the capital of China in 2016, citing information leaked by a local government website in Xinyang. He claimed that a group of more than 160 experts descended on Xinyang to explore the possibility for the 28th time in July 2012. // The idea may have plenty of backers. A search for ‘capital move’ (迁都) yielded almost 450,000 results on Sina Weibo, China’s Twitter.” (Tea Leaf Nation)

Valentine’s Day warning. “As our old friend, we cannot share his name, but he is allowing us to tell his story in hopes others don’t fall into the same romance trap that is now becomeing a trend in China. This scam has traditionally been one related to beautiful would-be Russian brides, but China seductive shysters are now determined and clever competitors. Their target of choice – wealthy foreign executives. Their favorite weapon?  A sly smile that beckons…” (China Scam Patrol)

Diplomacy is complicated. “Chinese social media users berated authorities on Wednesday for their relatively mild response to North Korea’s widely condemned nuclear test, likening Pyongyang to a ‘crazy dog’ that had humiliated Beijing. // The aggression toward China’s defiant neighbour contrasted with the official response from Beijing – expressing ‘firm opposition’ but reiterating calls for calm and restraint and not mentioning any reprisals or sanctions.” (SCMP)

No surprise. “The Western holidays that generate the most attention in China are those that lend themselves to shopping trips—for candy, cards, clothing, and costumes. Thus, Halloween and Valentine’s Day are big events.” (Bloomberg Businessweek)

Cuts both ways. “An American man has been charged with duping foreign investors, mainly Chinese, out of 970 million yuan ($156 million) by convincing them they were participating in a program to acquire residency in the US, the securities and exchange commission (SEC) has announced.” (Shanghaiist)

“The Economic Impact of a War Between Japan & China”: whiteboard interlude, via One Minute MBA:

Restaurant of the year voting has begun. (the Beijinger)

Check out Surround App, “Weibo in English.” (Tech in Asia)

How Many Self-Immolating Tibetans Does It Take to Make a Difference? (Time) 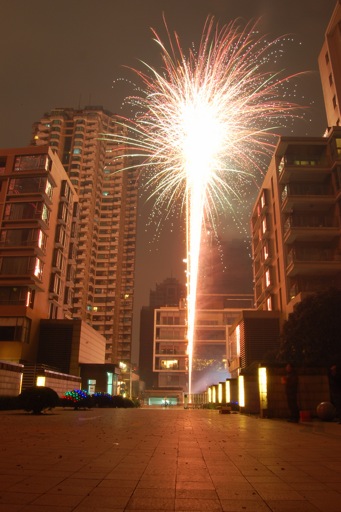 Via Donuts to Dumplings