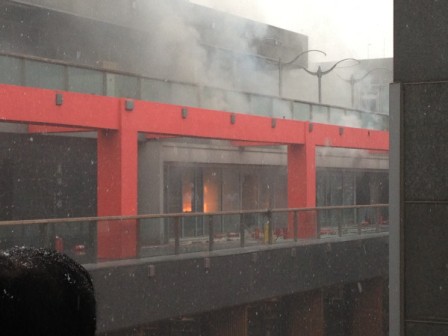 Sanlitun Village fire, photo by Steven Schwankert via the Beijinger

Anyone see the low-hanging orange moon yesterday? It’s these collective experiences that bond us as a human community, or something about links. Also, it’s CBA playoffs time! Beijing playing as we speak.

“Rare color photos of 1960s Chinese operas.” “Photographer Zhang Yaxin was one of the only people in China with access to color film during the Chinese Cultural Revolution (1966-76). Zhang was a photographer for Xinhua News Agency when he was chosen by Jiang Qing, the wife of Chairman Mao Zedong, to photograph the performances of the model operas she developed after the Communist Party leaders banned traditional Peking opera for being too bourgeois.” (Slate via Shanghaiist)

No surprise, but disappointing all the same. “Tourists have been accused of turning the Forbidden City’s moat into a garbage dump, after waste and food packaging has piled up on the moat’s melting ice. // The moat’s administrators and the district sanitary office said that the ice condition now means that cleaning up the garbage is not only difficult, but also hazardous.” (Global Times)

All great projects start with an idea. “I decided to test things for myself, and set out on a quest to buy a gun online in China. (Of course, I never really planned to actually purchase a gun; that would be illegal and stupid. But I wanted to see how far I could get).” (Charlie Custer, Tech in Asia)

Human rights. “More than 100 Chinese scholars, journalists, lawyers and writers urged their national legislature on Tuesday to ratify a major human rights treaty, in the latest challenge from intellectuals seeking to curtail arbitrary Communist Party power. // The petition calling on the party-controlled National People’s Congress to ratify the International Covenant on Civil and Political Rights came a week before the congress holds its annual full session, which is to install Xi Jinping as China’s president, succeeding Hu Jintao.” (NY Times)

A brief history of capital transplant rumors. “So will the Chinese government actually move the capital, as Some Guy on Weibo says? Hey, from your lips to the NDRC’s ears — but I wouldn’t hold my breath. Not any more than I usually do in Beijing, anyway.” (Brendan O’Kane, Rectified.name)

Quite the movie title. “Cross-border tensions on social media were stirred this week after a Beijing film critic slated a Hong Kong comedy film for being a work of ‘cultural garbage’ that portrayed mainlanders negatively. // Jia Xuanning, a 24-year-old Beijing Film Academy and Chinese University graduate, won the Hong Kong Arts Development Council’s first ever Critic’s Prize with a scathing critique about 2012 film Vulgaria.” (SCMP)

Marriage certificate denied. “February 25, Beijing, lesbian lovers Elsie and Mayu headed to the marriage registry in an attempt to register their marriage, but were politely turned down by the working staff.” (chinaSMACK)

Ew. “Niu Niu has had the habit of chewing her hair while daydreaming since she was two years old, her mother told the TV station. // …Shi Duanhua, an expert in the digestive system at Jiangsu People’s Hospital, said the ball had a radius of 8-9 centimetres and that they were trying various methods to get it out.” (The Nanfang)

Proper reaction to first sentence is the eye-roll: “A City worker has quit his job to star in a new Chinese sitcom – despite having no acting experience. // Bilingual Richard Heathcote, 24, earned £26,000-a-year as a translator for Norman Foster’s architecture firm, but is pinning his hopes on the success of Ciao Britain.” (Daily Mail)

Manny Ramirez, if he doesn’t sign with an MLB team by March 7, may go to Taiwan. (ESPN)

This is kind of fun: Who said it, Dennis Rodman or Kim Jong-un? Il-sung (Foreign Policy) 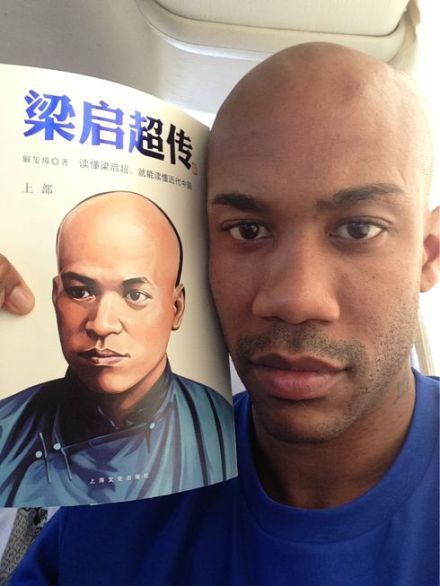 One Response to “Mid-Week Links: Fire in Sanlitun, BBC’s shortwave radio blocked in China, Manny Ramirez may be heading to Taiwan”