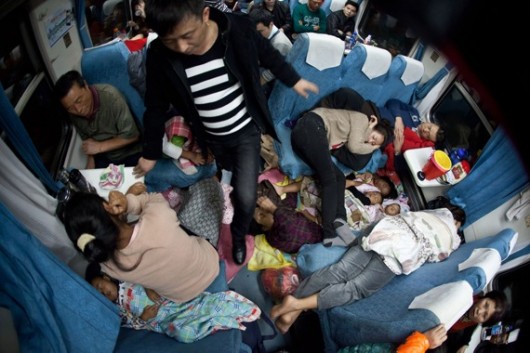 Onward we go, onward with links.

Japan blames pollution on China. “Pinks, reds and oranges that denote the highest concentrations form a finger of smog that inches upwards to the southern main island of Kyushu. // ‘China is our neighbor, and all sorts of problems happen between us all the time,’ said Takaharu Abiko, 50. ‘It is very worrying. This is dangerous pollution, like poison, and we can’t protect ourselves. It’s scary.’” (Sina)

Profile of Zhu Ruifeng. “A former migrant worker with a high school education, Mr. Zhu has become an overnight celebrity in China in the two months since he posted online secretly recorded video of an 18-year-old woman having sex with a memorably unattractive 57-year-old official from the southwestern municipality of Chongqing. The official lost his job. Mr. Zhu gained a million or so new microblog followers. // The takedown was just the opening act, Mr. Zhu says. He promises to release six more sex videos that he predicts will make a number of other men run for cover. ‘I’m fighting a war,’ he said with characteristic bombast, his voice a near-shriek. ‘Even if they beat me to death, I won’t give up my sources or the videos.’” (NY Times)

What can be done about hacking? “What will also be dispiritingly familiar in the aftermath of the attacks is the discussion about what can be done. Over the last several years, U.S. government officials have mounted an increasingly public campaign of naming and shaming China. But this has had little effect, and the Chinese response has been one of denial, calling the accusations ‘irresponsible,’ noting that hacking is illegal under Chinese law, and pointing out that China is also a victim of cyber crime, most of it coming from IP addresses in Japan, South Korea, and the United States.” (Adam Segal, Foreign Policy)

“The darker side of drinking.” “In the myriad of factions that make up the growing melting pot that is Beijing, there is a special group of people who see life through a different lens. Some of them work in business; others are teachers, bankers, managers, mothers, fathers or students. Their Beijing website is a shoddily-managed monochromatic page stamped with the symbolic logo of a triangle inside a square: recovery, unity and service. They are, to each other, both a source of protection as well a reminder of what they struggle against daily.” (Terence Hsieh, The World of Chinese)

We wish you the best of luck in enforcing. “As the Spring Festival holiday approaches, experts have urged Beijing Zoo to be more aware of the harm that camera flash can do to animals. // The zoo said the harm is limited and they have done what they could to restrict its use. // At the zoo Tuesday, there was no staff on duty inside the halls to stop tourists from using cameras with flashes. In the nocturnal animal hall, there are no signs saying ‘no photos’ or ‘no flash.’” (Global Times)

The problem with Gini. “But the main problem is the NBS’ data on urban residents. It is safe to say that the high-income bracket has been hugely underestimated and the sampling does not reflect the reality of current income distribution.” (Caixin)

Hong Kong is 14th in world in cost of living, Shanghai is most expensive on mainland. (SCMP) 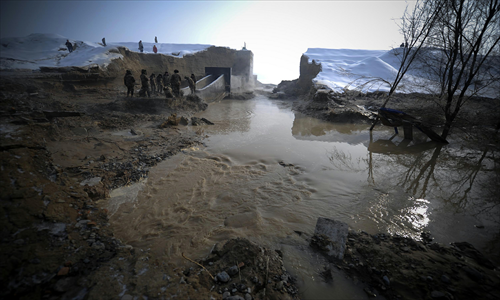