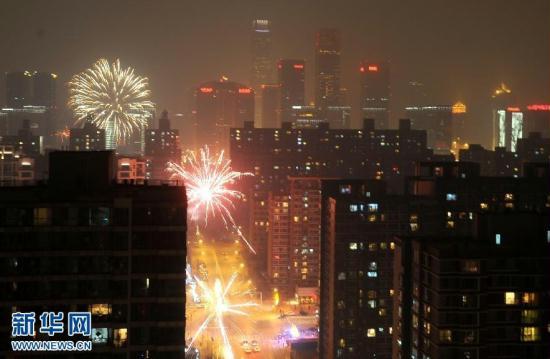 Newsflash, folks: there is pollution in Beijing, with or without pyrotechnics. Hope you enjoyed the fireworks like we did last night, because the public’s not getting another chance to set them off again for a year. Post-Lantern Festival links.

Look who’s no longer a party member. “A work safety official in northwest China’s Shaanxi Province who was photographed smiling at the scene of a fatal bus crash last year has been expelled from the Communist Party of China (CPC) and his case has been transferred to judicial authorities, local authorities said Friday. // Yang Dacai, former head of the provincial work safety administration, is engaged in serious disciplinary violations and is suspected of committing crimes during his tenure, according to Shaanxi provincial disciplinary authorities.” (Xinhua)

CBA All-Star Weekend wrap-up. “The 2013 Chinese Basketball Association All-Star Weekend pretty much went down like previous ones, failing for the most part to capture the overall atmosphere of the the NBA one it tries too hard to imitate. But that’s not to say there weren’t moments: As is becoming a yearly tradition, Guo Ailun went onto the court to give everyone a performance on Saturday night, Xirelijiang knocked down 10 threes in a row in the final round of the three-point competition to take home the trophy and and Yi Jianlian nabbed All-Star MVP honors with 34 points and eight rebounds as the South All-Stars defeated the North 120-117.” (NiuBBall)

How many of Sina Weibo’s users are real? “Sina, in its post-report earnings call, said that it has 46.3 million daily active users. That’s just under 10 percent of its registered user-base. Also, it admitted that over the course of a year, nine to 10 percent of users are active. There’s that number again. Surely it means that 90 percent of Weibo users are zombies.” (Tech in Asia)

This guy is real though. “On February 21, high-ranking Chinese military officer Luo Yuan, major general and vice president of China’s Strategic Culture Promotion Association, opened a personal Weibo account. The account was soon verified by Sina, meaning that the account was truly opened and managed by Luo Yuan himself. His appearance on what is now China’s most active social media platform didn’t go unnoticed. But instead of welcomes, he has been showered with bitter questions and criticism – the peacetime general jumped into a war of words with netizens.” (Offbeat China)

Xi Jinping story. “Mr Xi enjoys natural prestige among the ‘Second Generation Red’ because he is one. His father, Xi Zhongxun, helped establish the revolutionary bastion of Yan’an in the 1930s.” (The Age)

Ugh. “A 26 year-old man went on a drunken rampage with a knife in Guangzhou’s Baiyun District February 21, causing injuries to twelve people, Guangzhou Daily reports. The cause of his rage? A minor disagreement with staff at a mobile phone store, according to media reports.” (The Nanfang)

Ugh! “A 12 year old boy killed and burned a 66 year old woman in Guizhou, in order to steal a boxful of yoghurt, Gui Yang Evening News reported Saturday. // The boy, surnamed Jiao, attacked the old woman using a stone, killing her before burning the body to destroy the evidence. Jiao confessed after police found blood of the dead woman on his clothes.” (Shanghaiist)

Mistaken identity and victim of journalism. “After being harassed for weeks, family members of Zhao Hongxia, the woman at the center of the recent Chongqing serial sex video scandal, decided to go to the police and report their suspicions that their personal information was being leaked to the public. // Their apartment had been surrounded by people requesting interviews, haranguing them day after day. Zhao’s lawyer said that Zhao’s mother could hardly sleep at night, her husband had to take measures to evade the people chasing him, and their 2-year-old child was terrified.” (Global Times)

Hopefully won’t be destroyed again. “Villagers in Henan have secretly re-built one million of the two million tombs torn down last year under a controversial government ‘tomb-flattening’ policy, the China Business Daily reported on Wednesday.” (SCMP)

Fatter, but still not fat. “After 20 years of the country’s rapid economic growth, the most frequently overheard sentence at a school reunion for China’s middle-aged people may be: ‘You’ve got bigger!’ The proportion of people in China who are overweight or obese has risen from 25% in 2002 to 38.5% in 2010, statistics from the World Health Organization reveal. The figure is expected to rise to 50%-57% by 2015, the WHO estimates, according to our sister paper Want Daily.” (Want China Times)

Second bird death flu. “The second of two people confirmed by the Ministry of Health to have contracted avian influenza H5N1 died in a hospital in Southwest China’s Guizhou Province on Friday, according to health authorities. // The patient, a 31-year-old man, died of multiple organ failure at Jinyang Hospital in Guizhou, the provincial capital, at 4:40 pm, sources with the provincial health department said. // The man developed symptoms on February 3 and was hospitalized on February 8.” (Xinhua)

Buoys, now. “Japan has asked the Chinese government to explain why Chinese ships have strategically placed several buoys in the East China Sea near a group of disputed islands, a Japanese government spokesman said on Friday.” (NY Times)

Hmm. “Fifty-six houses were damaged during a conflict between railway workers and villagers in Yunnan province, authorities said on Thursday.” (China Daily)

Sina Weibo vs. WeChat: why you should root for the former. (Tech in Asia)

Tips for your next tea session. (Global Voices) 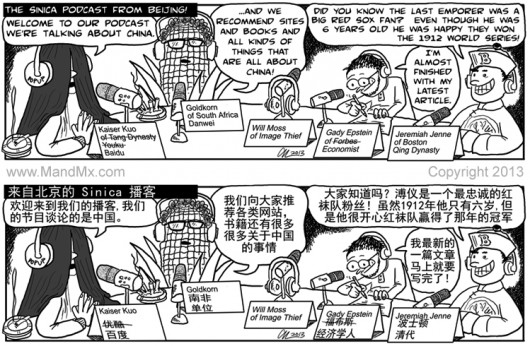