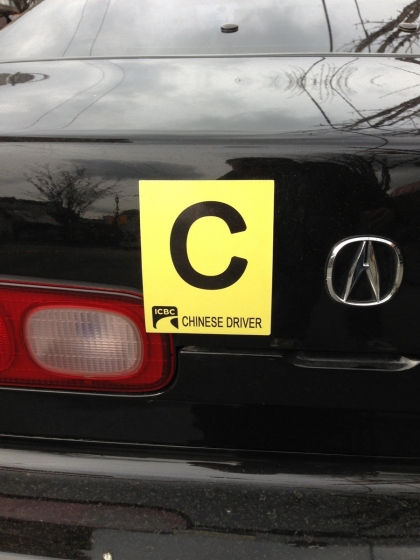 You don’t have to brand yourself, of course, because that would be racist. But this is very interesting, via Vancouver’s Straight.com via Reddit:

On the ICBC website, the public auto insurer notes its official “L and N signs let other motorists know you’re a new driver or motorcycle rider”. Apparently, some drivers are going one step further and letting people know that they’re a Chinese driver.

I’d be willing to put down a strong bet that the sticker’s creator was a Chinese driver. To you, sticker creator, we have something to say, because this sophomoric generalizing will not stand, man: just because you’re good at math doesn’t mean you have to rub it in.

2 Responses to “Are You A Chinese Driver? Please Brand Yourself With This Bumper Sticker”