Ed’s note: Welcome to BJC’s newest weekly series, Three Shots With, in which we interview local personalities over shots. New episodes are posted every Sunday; if you would like to nominate a future guest, please get in touch. Produced and directed by Gabriel Clermont and Anthony Tao.

George Ding, the Beijinger’s backpage columnist, catapulted to notortiety last fall after his columns Why I’m Leaving China and Why I’m Coming Back to China, both satire, were translated into Chinese and misread as sincere essays. When he’s not unintentionally angering readers across cultures, you can find him having fun, enjoying life, contributing to VICE and Miniharm, and simply being an all-around decent human being. Also, making sex tapes, as we found out in our interview. Here he is dancing in “Low Carbon Style.”

Three Shots With George Ding was filmed at Brussels Bar and Restaurant in Sanlitun South. (UPDATE: Now called The Local.) We almost hesitate to tell you, because Kenn might realize we’re all ripping him off, but Brussels has the best food deal in town: its Tuesday half-price menu, which includes a 160-yuan steak for 80 yuan. Happy Hour from 5 to 9 pm every night. 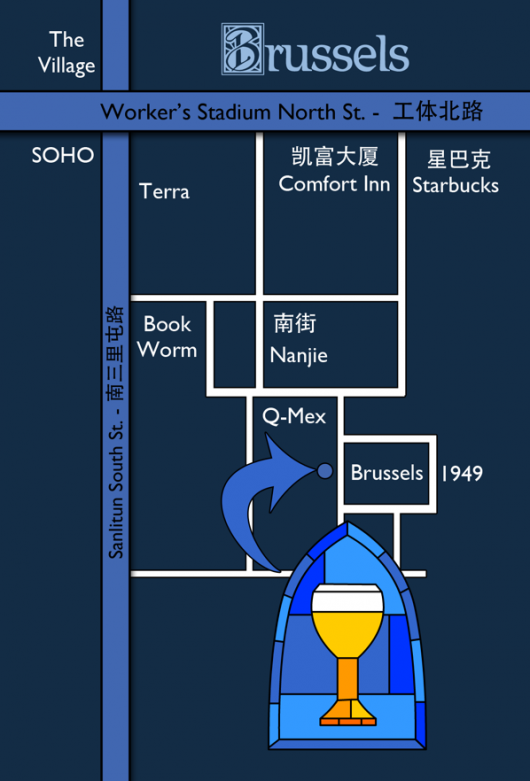 Stick around for Episode 2 of Three Shots With, featuring Morgan Short, which will be posted later this afternoon. Update: and it’s here.