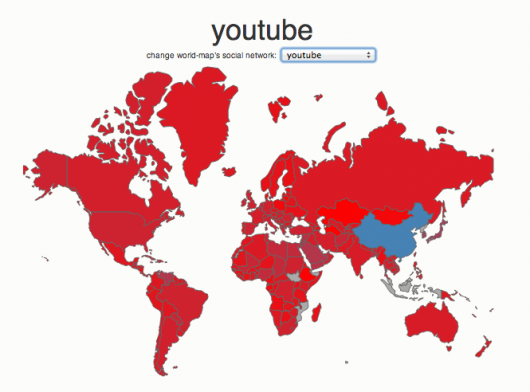 This is interesting. Above, via the bitly blog, is a map showing relative social network usage in countries around the world. The more red a country is, the more clicks.

The coloration isn’t at all surprising, considering YouTube has been blocked in China since March 2009. What about Facebook? 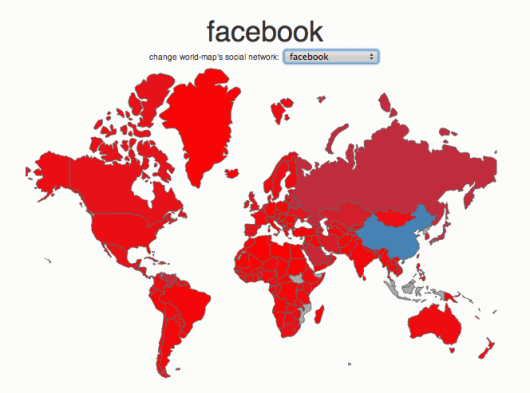 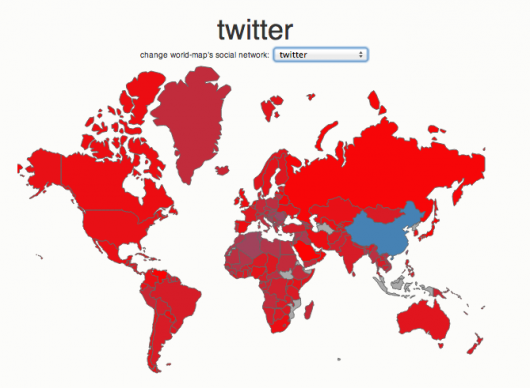 It’s stunning to see it in such black and white — or red and blue, as it were — terms, isn’t it? We often say that pervasive censorship hinders both a country’s development as an economic state, attenuating creative spirit and impeding innovation, and its maturation as a peoples under a national banner. But how far behind is China? It has willfully cut itself off from the global marketplace of ideas, a self-embargo that continues to deal untold harm, effects of which we’ll all feel for decades.

But, hey, at least this country’s incubating ideas among itself: 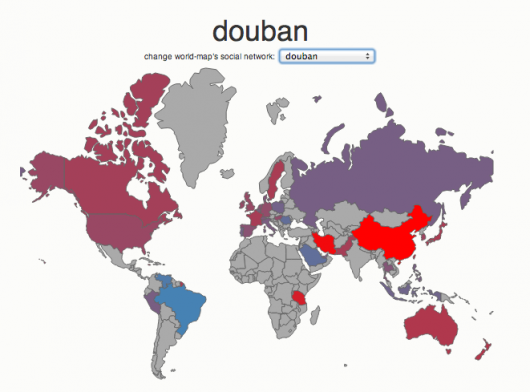 And Weibo is looking strong (though we’re unclear whether this refers to Sina Weibo or all the weibos, including QQ and Sohu): 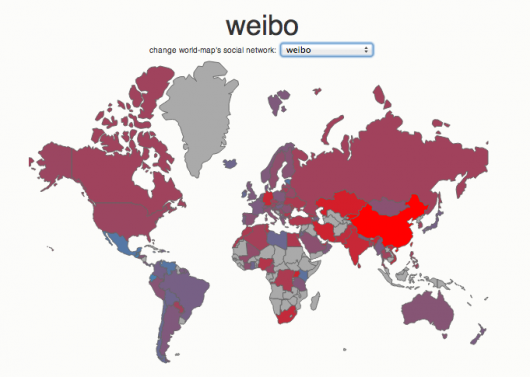 Another map of interest to lots of people here — particularly those who speculate every month that this site will be harmonized soon — Reddit: 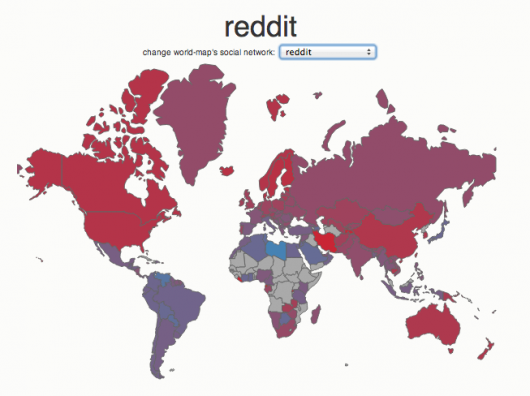 The last thing to note is not much of a surprise: no one anywhere really uses Google+: 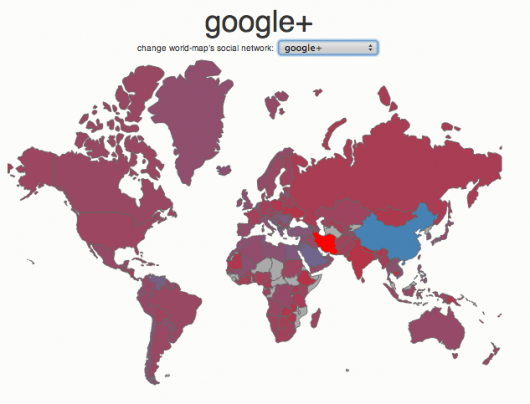