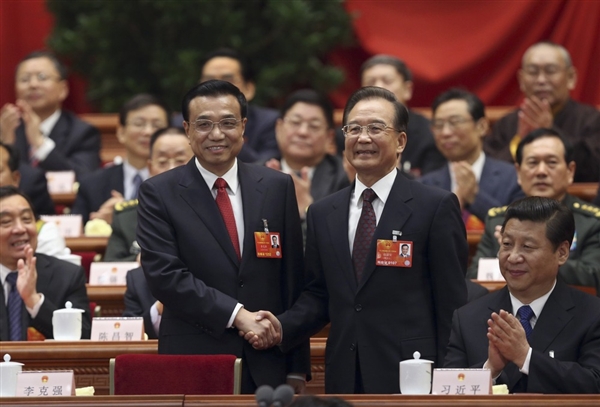 Been wondering this for a while. “The question now burning up Chinese social media sites: Who was the lone voter who dared vote against the country’s anointed leader? // China’s president is elected by delegates to the annual meeting of China’s rubber-stamp parliament, the National People’s Congress. While voting on new Chinese leaders is largely a formality and the outcomes are rarely in doubt, at least one dissenting vote has become common in recent years. In 2008, Mr. Xi’s predecessor, Hu Jintao, was re-elected to a second term as president with 2,956 votes in favor, three against and five abstentions.” (WSJ)

An absolutely thorough takedown of Western media. “Earlier this week news stories about a mysterious North Korean “propaganda” video portraying the decrepit nature of life in the United States surfaced on hundreds of websites worldwide. But something about the video wasn’t right and TK (‘The Korean’) from “Ask a Korean” decided to investigate more – something that journalists are supposedly meant to do for a living… // Unfortunately, a 15 minute verification of the facts by TK revealed once again how fact-checking and editorial rigor just don’t seem to count when it comes to reporting on North Korea.” (NK News)

What a good idea, thinks Facebook execs. “Here’s a free tip, Facebook execs: Pitch stories to every tech writer you know about the threat of dissidents being tracked through the Chinese-owned messaging app WeChat. Because WeChat is climbing in your window, snatching your people up. Your profits–and privacy–may be next.” (Eveline Chao, Vice)

Tragic. “Bodies of 4 children, one boy and three girls, of a family of villagers in Huizhou, S China’s Guangdong Province were found in a pond near their home early yesterday.” (Sina)

Censor calls himself outstanding. “Liu Binjie , the last head of the General Administration of Press and Publications (GAPP) – the mainland’s top print censor – is not shy about praising himself. // ‘To be objective, it’s outstanding,’ Liu told Xinhua when asked to rate his performance as GAPP’s director over the past five years. // GAPP will be merged with the State Administration of Radio, Film and Television as part of a State Council revamp of central government agencies.” (SCMP)

TIC – “This is China.” “That was Michael Phelps’ assessment after playing golf with Matt Kuchar at Mission Hills golf club in Haikou. He kept he temper remarkably well, despite, hole-after-hole, losing his ball to Chinese fans hellbent on snagging a souvenir. Admittedly, as the video shows, he’s not the straightest hitter, but even when he nails the middle of the fairway, the ball is gone by the time he gets there.” (The Li-Ning Tower)

This is good. “Ellen Forney is a cartoonist. She is also bipolar. These two facts about her are plain to see in Marbles: Mania, Depression, Michelangelo, and Me. In this autobiographical graphic novel, Forney recounts her coming to terms with the incredible highs and desperate lows of the condition.” (the Beijinger)

Needless to say, she’ll be going to a doctor next time. “That’s when she recalled that a chemical called Dichlorvos, also known as DDVP, is supposed to be very effective at killing insects.  She was feeling a sensation of insects on her body, so applying this would make sense, right? // Well, not so much. // She sprayed two 100ml bottles of DDVP all over her body. Less than 10 minutes later, she began feeling dizzy and started to vomit.  She was sent to Wujing Guangdong Zong Dui Hospital, where her doctor told media she quickly fell into a deep coma.” (The Nanfang)

More helping of Americans. “The fire department in Meizhou, in Guangdong Province, was mobilized to help one American man pull a ring off his finger. This, only days after a foreigner collapsed on the Guangzhou metro and was given CPR from a concerned metro attendant.” (The Nanfang)

Life on the Up, a story of window cleaners interlude, via Shanghaiist:

Life on the Up from Stephen Wright.

Youngest player ever at the Masters is Chinese player Guan Tianlang. (Daily Mail) 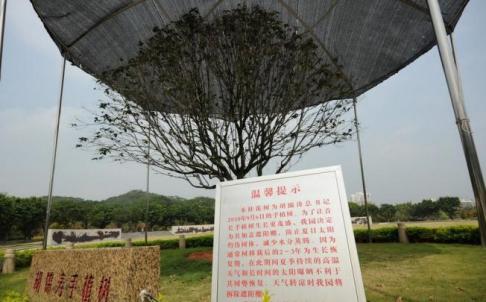 Via SCMP, special canopy for tree planted by Hu Jintao in Shenzhen