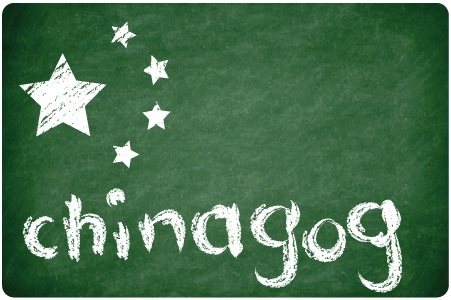 Before we get started, let me say this:

If you’re one of those who reflexively shits on anyone and everyone in the education industry in China, let’s just get the hate all out of the way. Yes, there are those who deserve the world’s flung feces because they are your stereotypical loser-back-home/asshole-backpacker laowai who drinks to excess (often in class, because “it’s China”), whore around like end-times are come and space-cadet their way through lessons. There are those who show up in China without a degree or any ounce of marketable skills and sob to the heavens when the only place they can find work is a kindergarten in the middle of Henan farm country. And I know people who have arrived in class covered in vomit, spent a year having conversations with the classroom wall and been mostly unable to communicate in the language they teach.

But I am not one of those people. I hate those assholes.

I’m a proud member of the education industry. I love my job and I’m a damn good teacher. I approach my class every day with the explicit goals of teaching useful material and having fun while doing it. I’ve taught English to people from all over the world, ages six to seventy. My students have placed nationally in English competitions and matriculated into American universities. I’ve tutored executives in major corporations. Edutainment is my middle name.

If you’re still up there (metaphorically, natch) with your pants down, squatting and ready to release a shitstorm upon me and my ilk, I cordially invite you to get stuffed in a car fire or go suck on a vinegar-filled egg.

I’m not actually this hostile in life, real or digital. I’m just aggressive at defending the reputations of my hard-working, kickass comrades in classrooms — and if you can’t tell, we tend to bond over the mild disdain and outright hostility thrown at us almost every day, both on the Internet and in real life. This column will partly address those issues, and hopefully allow fellow teachers to commune with one another in this virtual space.

You should know upfront that I no longer live in China, but plan to come back. These columns will not be my horrified reactions to everyday China things like babies shitting in the street, the endemic smell of garbage during the summer, the lack of cold water in restaurants, the inability to queue (I played defensive line in high school, so it’s an excuse for me to dust off my once-formidable club and swim skills), spitting, smoking, or any of the mild annoyances that drive so many of our more sensitive foreign brethren to unnecessary insanity on a daily basis. China wouldn’t be China without its (her?) sizable rougher edges, and the weirdness stokes my sense of perverse amusement. And after living in Henan for two years it’s really hard to faze me.

“But Greg,” you’re undoubtedly mumbling to yourself at the moment, “you haven’t actually told us what you’ll write.”

Well, Releaser of Horses, here’s what I have so far: alcohol and language acquisition; classroom atmosphere; professional development; a love letter to erguotou; proper drunken adventures; Xinyang; using multimedia in the classroom (instead of just hitting play); setting (and accomplishing) language goals. If you want more details, you’ll have to come back around later. I’ll be here in the coming weeks, months, years, and possibly eons (science willing).

Greg is an ESL instructor who spent two productive years teaching in China. He currently lives in Colorado. His columns will run on Fridays.

15 Responses to “Introducing: A Weekly Column About Teaching In China”