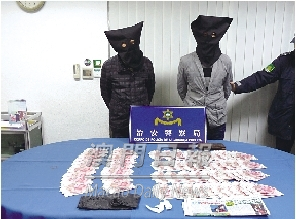 Ever wondered how safe your valuables are when you’re onboard an international flight?

There might be reason to be careful, especially if you’re traveling in southeast Asia – gangs from mainland China are supposedly targeting unsuspecting airline passengers.

What first brought this to our attention was a story reposted by Lost Laowai. The original, which was circulating on Facebook last month, claims to be a firsthand account by a man who had money and valuables stolen during a flight to Hong Kong. After noticing another passenger taking out his bag from the overhead locker, he became suspicious:

When I opened the overhead locker (not above me) and saw my leather bag was the only one occupying the space I knew there was a problem. I examined the content, only to find all of my wife’s jewellery, along with some cash had been stolen, during the flight.

Upon discovering this, the passenger alerted the cabin crew and prevented other passengers from getting off until the thief could be identified.

It turned out to be a passenger standing in front of me, who once identified proceeded to offload money, jewelry, camera equipment and false documents, running into tens of thousand, if not hundreds of thousands of dollars worth of stolen goods.

There are reasons to be suspicious about this story. Not only has it been passed on in the good old style of “send this letter to ten friends or you will get cancer and die,” it also has all the elements of an urban legend: it was posted anonymously, written in an exaggerated tone, and does not contain any verifiable details about the incident, such as when it happened or which airline it was.

In this case, however, the story is at least based in truth. Last year saw a wave of thefts on international flights in southeast Asia, particularly flights between Hong Kong and Singapore.

There is a clear pattern to all the crimes: in all of the reported cases, money and valuables were stolen from overhead compartments while the victim was sleeping or otherwise distracted by the in-flight entertainment, and whenever arrests were made, an overwhelming majority of the culprits were from Henan province in China. There is strong evidence that this is the work of well-organized gangs.

Last April, a series of thefts on Singapore Airlines flights prompted the local law enforcement to act. Eleven suspects, all from mainland China, were arrested.

Patrick Lim of the Singapore Police Force, who investigated the crimes, told Home Page News, “We collated information on their flight patterns and discovered that these suspects had a specific flight plan. Generally, they would fly from Hong Kong to Indonesia and transit to Singapore. They would then fly back to Hong Kong within the same day.”

The law enforcement agencies of Singapore and Hong Kong have been cooperating in their investigation.

It appears the thieves were aware of a legal loophole: if a crime takes place on an international flight where the aircraft is registered somewhere else, it is outside the jurisdiction of the police at the destination airport – in other words, the thieves had a get-out-of-jail-free card. In Hong Kong, many of those who were arrested managed to escape justice.

According to a South China Morning Post article from last October, the Hong Kong law enforcement was forced to change its tactics: suspects are now being charged with “disorderly conduct.”

In 2012, at least 64 cases were reported in Hong Kong alone. The number of reported thefts has dropped sharply since then, but the gangs won’t give up just yet – the latest incident happened just a week ago: two men from Henan were arrested at Macao International Airport after stealing 30,000 yuan from fellow passengers on a flight from Shanghai.