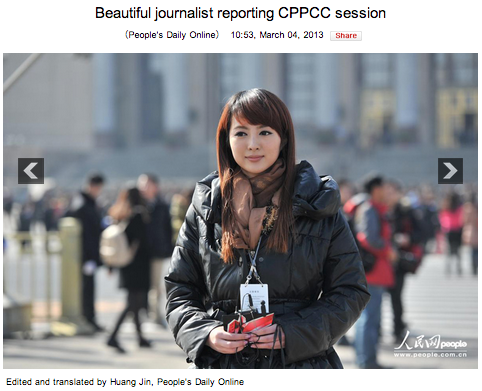 Via the one and only People’s Daily

High-ranking leaders in China continue to powwow as we roll into links.

A good reason to divorce. “Shanghai saw a rush of people seeking a divorce over the past two days as couples worked out a way to escape the looming 20 percent tax on the profit from house sales.” (Shanghai Daily)

Reminds me of a Cohen Brothers movie. “A former security guard at a U.S. consulate in China was sentenced to nine years in prison on Tuesday for trying to pass secrets to the Chinese government. // Federal prosecutors had sought to have Bryan Underwood sentenced to nearly twice as much time, butJudge Ellen Huvelle of the U.S. District Court for the District of Columbia noted that Underwood had not made contact with any Chinese officials, making it unclear how concrete his plans were. // ‘This is the most half-baked treason I’ve ever heard of,’ Huvelle said. Ultimately, ‘nothing happened.’” (Reuters)

Lots of depressing notes in this story about Changchun kidnapping, murder, etc., but this is the final paragraph, which seems fitting for a coda. “The baby’s mother had a heart attack when she was informed of her child’s death, she is currently in a local Changchun hospital, according to state media.” (Shanghaiist)

Let them have cake. Oh wait, bad idea. “Chinese authorities say they have destroyed nearly two tons of chocolate cake imported by Sweden’s Ikea for violating food quality standards. // The Shanghai quarantine bureau said this week that Kraft cream cheese and 2.7 tons of Nestle chocolate bars also were among dozens of imported products destroyed in its latest round of quality inspections… // The Shanghai quarantine bureau said it destroyed 1,872 kilos (4,100 pounds) of chocolate almond cake imported by Ikea that it said had excessive levels of coliform bacteria.” (AP)

Smog affects creativity? “‘Cornered by the terrible weather, I have nowhere to go,’ said Chen Kaige, a frontrunner of Chinese cinema’s ‘fifth generation’ and a newly elected member of the National Committee of the Chinese People’s Political Consultative Conference (CPPCC). ‘I am unable to focus on my artistic creation.’ // ‘I was born and bred in Beijing. I know what the weather was like in the old days,’ said 61-year-old Chen, describing the current air pollution as ‘weird,’ ‘appalling’ and ‘unbelievable.’” (Xinhua)

Baby powder. “Customs officials in Hong Kong arrested 45 people on Friday and Saturday on charges of trying to smuggle baby milk powder across the border into China, multiple media outlets reported. The arrests came after an emergency two-can limit on exports of milk formula, launched in February, was made permanent Hong Kong law on Friday.” (LA Times)

Wen Jiabao admits biggest regret in life. “‘Failing to persuade my children not to do business [in China] is a significant mistake of mine,’ said Wen. ‘It’s my biggest regret in life.’ // Wen also admitted that other areas of his premiership were unsatisfactory, including dealing with petitioners and immigrant workers and curbing corruption inside China’s medical system, the report said.” (SCMP)

“Catastrophic consequences” for China’s gender imbalance. “A long history of son preference, particularly among the Han majority, has led to female infanticide and the neglect of daughters in some parts of China. But in recent decades, the spread of cheap ultrasound (enabling sex-determination in early-mid pregnancy) and easy access to abortion courtesy of the government’s one-child policy, has led to the widespread abortion of female fetuses. // As a result, approximately 30 million more men than women will reach adulthood and enter China’s mating market by 2020. // The scale of this current sex-ratio bias dwarves that in the Nien rebellion, and the consequences could turn out to be more catastrophic.” (Rob Brooks, CNN)

China moments: came back to hotel room during recent trip and this gent was finishing up unexplained maintenance twitter.com/TomLasseter/st…

“We Chinese: What have you learnt from Lei Feng?” (China Daily Show)

Check your Chinese language skills for a security job… (MI5) 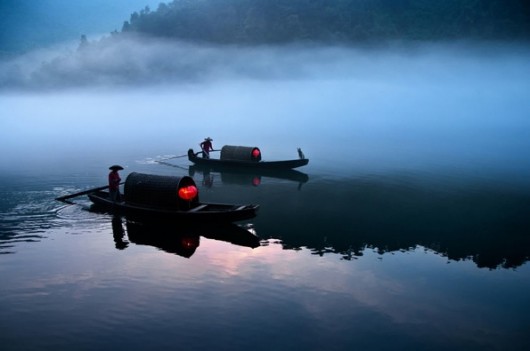