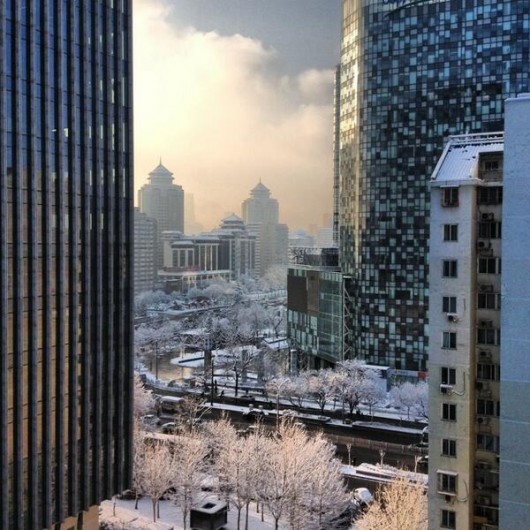 Today in Beijing, shot by @sanverde from Dongzhimen, part of WSJ’s collection of pictures.

The cold wave came just as central heating was turned off. Timing, damnit! And links.

How useful is Ai Weiwei? “So the fact that Ai is able to embark on these extracurricular ventures at all is, in its way, something of a triumph. But by enhancing his celebrity through publicity stunts, Ai has unwittingly empowered the Chinese Communist Party by outwardly conforming to its definition of a dissident: a narcissist more attuned to the whims of foreign admirers than to the interests of his own people.” (Matt Schiavenza, The Atlantic)

China’s most famous peasant most definitely did not make the cover of Time Magazine. “Chinese newspapers today note with sadness the death of a man that became known as ‘China’s most famous peasant,’ Wu Renbao (吴仁宝). Wu was the man responsible for transforming little Huaxi village in Jiangsu into a prosperous city of 35,000 people: China’s ‘leading village under heaven’ (天下第一村). Wu died last night at the age of 85 of lung cancer, and his face is on the front pages of many newspapers today (scroll down to see gallery). // The newspapers today mourn the passing of the man with fulsome praise, yet when Xinhua broke the story on Weibo last night just after six in the evening, it reported that Wu had appeared on the cover of Time magazine in 2005.” (Danwei)

One-child policy already is irrelevant, for many. “For so long a symbol of the authoritarian state at its most coercive, China’s policy limiting most families to one child is slipping into irrelevance. Last week, the government announced it would merge the National Population and Family Planning Commission, which has overseen the policy for three decades, into the Ministry of Health—a tacit admission that limiting births no longer requires the scrutiny and enforcement it once did.” (Leslie T. Chang, ChinaFile)

Milk silliness. “A mainland woman said she was detained at the border last week for breaking Hong Kong’s two-tin limit on milk powder exports because she thought rice-based milk cereal for infants was not affected by the new restrictions.” (SCMP)

For the most fearless of parking attendants, a homemade road chair. Off Guangqu Rd., Beijing – pic.twitter.com/7mhQgQgXuz

Cyclist “jumps” 2,754 steps of the Shanghai WFC, via Shanghaiist:

This is the most graphic dead-pig pic yet. (MSNBC)

Hong Kong might have the worst light pollution in the world. (Shanghaiist)

The copycat buildings of China. (i09) 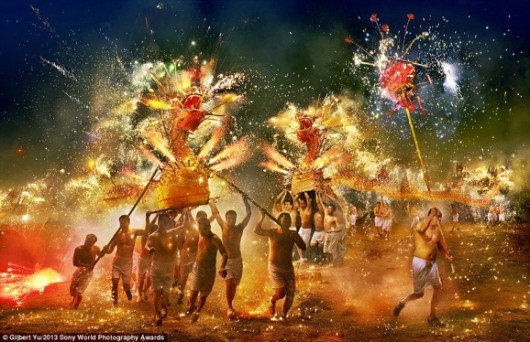