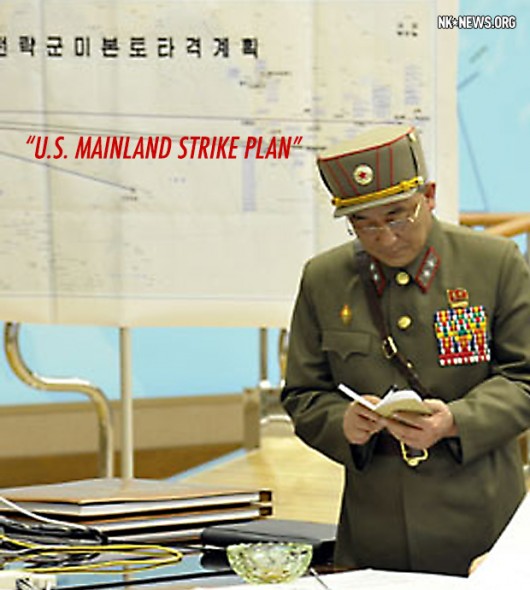 A strategically published photo in the Korean paper Rodong purportedly shows Kim Jong-un, during an emergency meeting early this morning, signing off on a plan to attack the United States. NK News has the details:

“He finally signed the plan on technical preparations of strategic rockets, ordering them to be on standby to fire so that they may strike any time the U.S. mainland, its military bases in the operational theaters in the Pacific, including Hawaii and Guam, and those in south Korea,” a KCNA report in English said.

In the below photos, Kim Jong Un can be seen in what appears to be a military command room, signing the ready order.

In the version enlarged by NK NEWS (below), the text reads “U.S. Mainland Strike Plan” [미본토타격계획], and a larger map towards the back of the command centre appears to show the Western coast of the United States.

The placement of the map in the background was almost certainly deliberate, intended to convey strength to a domestic audience. But “most analysts agree North Korea would not be able to hit any U.S. mainland targets,” NK News notes.

However, North Korea’s missile sites are showing increased activity, according to an anonymous source in an article by South Korea’s Yonhap News Agency.

Also, thanks to solid sleuthing by NK News, we now have confirmation that Kim Jong-un is a Mac user: 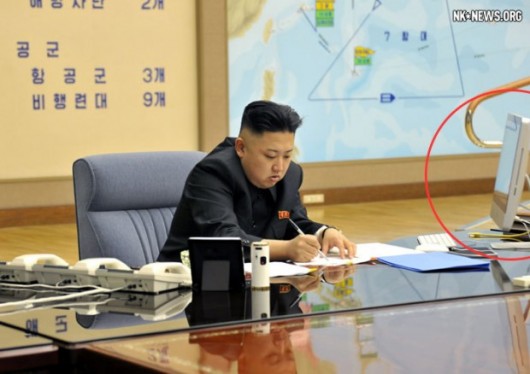