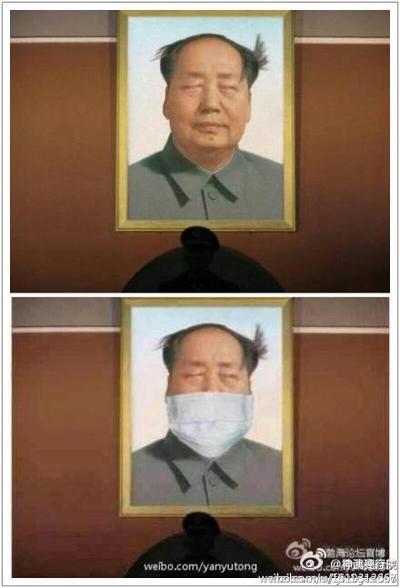 Via Blocked on Weibo

“The Price of Marriage in China.” “In Joy City, Ms. Yang gave instructions to her eight-scout team, one of six squads the company was deploying in three cities for one Shanghai millionaire. This client had provided a list of requirements for his future wife, including her age (22 to 26), skin color (‘white as porcelain’) and sexual history (yes, a virgin).” (Brook Larmer, NY Times)

Claiming you got hacked was so last month. “China’s Internet security watchdog said Sunday that a growing number of Chinese public institutions and companies have been threatened by cyber attacks from other countries or regions. // The popular news portal China.com.cn, people.com.cn and Tibet.cn have all been victims of attack from foreign Internet Protocol (IP) addresses in the past two months, according to a report issued by the National Computer Network Emergency Response Technical Team Coordination Center (CNCERT/CC).” (Xinhua)

Meanwhile… “China has issued a new call for international ‘rules and cooperation’ on Internet espionage issues, while insisting that accusations of Chinese government involvement in recent hacking attacks were part of an international smear campaign. // The remarks, by Foreign Minister Yang Jiechi, were China’s highest-level response yet to intensifying reports that the Chinese military may be engaging in cyberespionage.” (NY Times)

Leader, that man. Leading all the way to the water. “How serious is North Korea’s threat of attack? // New footage shows North Korean leader Kim Jong-Un making his way by boat to Mu Island, near the South Korean border, where Northern military units are based. His inspection of the soldiers might mean there indeed is an advancing threat, or it might just be bluster.” (IBT)

Via Mikala: “Can someone get the Commerce Minister a dang squeegee?!” “Although many Chinese find it hard to personally connect with the country’s leaders, a comment by Minister of Commerce Chen Deming has demonstrated just how similar their needs and wants are. // ‘If anybody knows where I can get a decent window squeegee, let me know,’ Chen said at a Friday press conference after recounting two unpleasant experiences in which he purchased low-quality squeegees online.” (Xinhua)

Checking in on the Koreas: war games time! (Bloomberg)

Living in China can be expensive. (Rectified.name)

Via This is a Typo: “Serial killer running a noodle shop?” 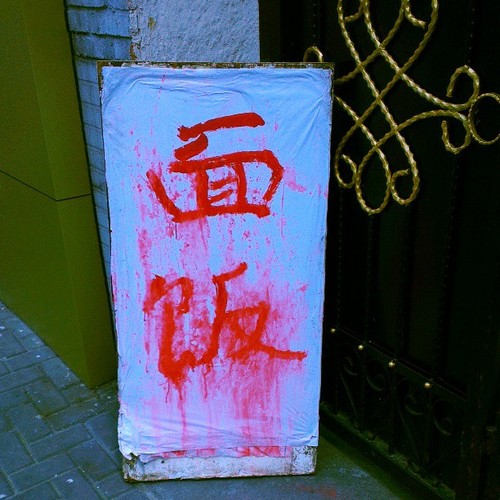