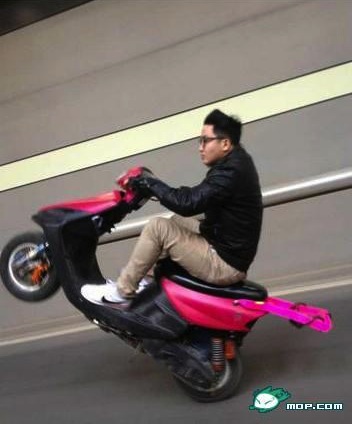 A series of photographs taken in a high-speed traffic tunnel in Zhengzhou, Henan province is currently trending on Weibo. The photos depict a stylishly dressed, stoic young man riding a hot pink scooter on its back wheel in the middle of traffic. He’s been dubbed the “Pink Scooter Brother.” The photos’ popularity seems drawn in equal parts from the subject, the bike itself, and the danger and absurdity of the situation.

As posted on Wenxuecity.com:

Netizen “good boy” snapped a picture inside the Zhengzhou’s Jing-Guang High-Speed Tunnel. It shows a man riding a pink motorcycle, the front wheel lifted off the ground, relying only on the back wheel to drive. “As you can see from the linked photos, he popped a wheelie for a really long time, allowing nearby drivers time to take photos.”

So far, reactions to the above piece are mixed. Many users are reacting to the obvious danger and irresponsibility of the maneuver — past motorcycle stunts on public roads have elicited similar safety concerns – but others seem taken by the rider’s undeniable swag. 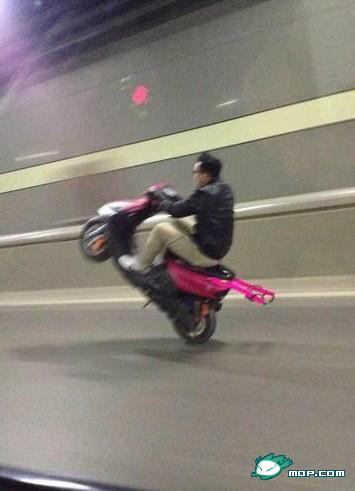 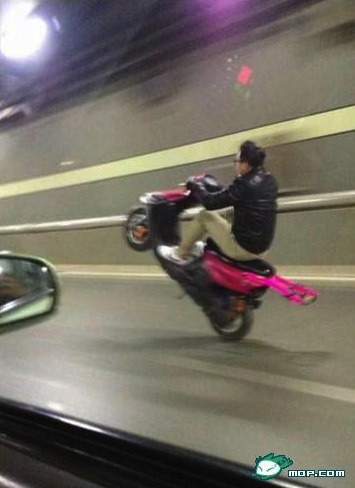