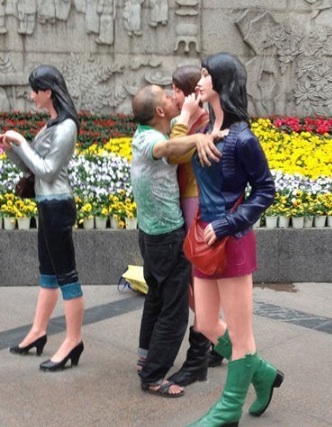 Get a room, pal. As reported by the Sichuan News Network on April 2, brought to us recently by Go Chengdoo, a man surnamed Liu was photographed French kissing female statues on Chunxi Road, Chengdu’s main shopping street. The 30-year-old was first spotted on the evening of March 30, groping the statues in addition to tonguing.

Passersby gawked and snapped pictures, but the man didn’t care, lost as he was in the sultry, seductive plastic rendered in the approximate shape and color of human eyes. Netizens also revealed that something like this has happened before. Look here: 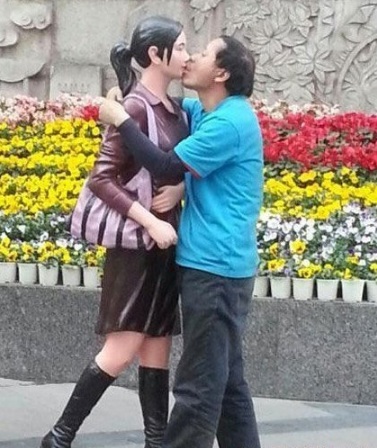 Apparently similiar — middle-aged, bad hair, no one you would allow a child to be within 30 meters of — but not the same guy.

Here’s another view of our Chengdu Lothario, in context of society and the prying eyes of those who could never, ever understand: 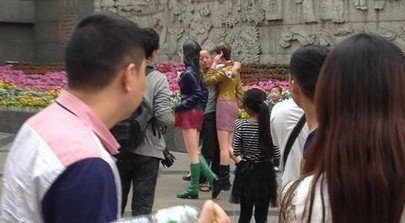 This man deserves a poem.

2 Responses to “Chengdu Man Makes Out With Statues On Shopping Street, Repulses Everyone”